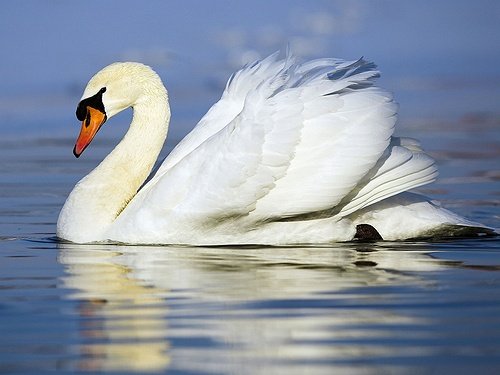 Photo by: Friends of Animals

Long Island, NY - March 11th, 2015 - Friends of Animals considers the Department of Environmental Conservation’s revised Draft Mute Swan Management Plan released March 9 as criminal and morally reprehensible as its previous swan extermination plan that received backlash from legislators and the public.
“Their new plan is the old insidious plan, with some new, distracting language thrown in,” said Edita Birnkrant, Campaigns Director for Friends of Animals. “Gov. Cuomo was apparently deceived by the DEC. He vetoed a bill that would have prevented the DEC’s extinction plan, promising the public that the agency’s revised plan would include parts of the legislation he vetoed that would protect swans from lethal management methods meant to completely wipe them out. Clearly Gov. Cuomo was fooled by bureaucrats who think the only good swan is a dead one.”
The DEC states that the "demand for viewing mute swans can largely be met through closely regulated possession of mute swans for enjoyment in urban parks and other public settings."
Friends of Animals strongly disagrees that only controlled zoo-like settings and privatization of mute swans should be tolerated. “New Yorkers enjoy the beauty of mute swans and their connection to nature living free. DEC wants to turn a beloved wild species into a quasi-domestic animal in controlled settings and we won’t stand for it,” Birnkrant said.
Friends of Animals calls on Gov. Cuomo to do the right thing and call out DEC  Commissioner Joe Martens for lying to the public and advancing an agenda that regards mute swans as nuisance birds that have no future in New York State.  It’s up to Gov. Cuomo to derail the hateful scheme and stop the DEC in its tracks.