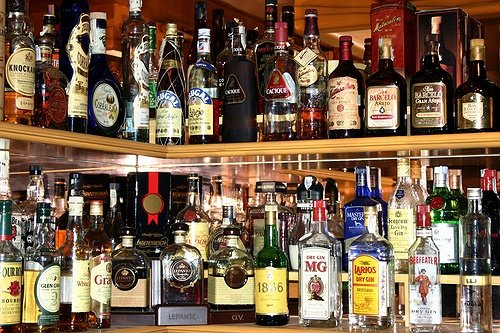 Albany, NY - September 8, 2014 - Governor Andrew M. Cuomo today announced that the number of businesses manufacturing wine, beer, spirits and cider in New York City has increased by 237 percent since 2011, with a current total of 64 companies. The Administration's efforts to partner with the beverage industry to create new farm based manufacturing licenses, launch new marketing and promotional initiatives, ease restrictive regulations, and reduce the time it takes to open a business have helped drive that increase.

“New York offers some of the best beer, wine, spirits and cider in the world and we’re proud to have helped with this industry’s rapid growth over the last four years," Governor Cuomo said. "Enacting new business-friendly laws, lowering fees, and rolling back burdensome regulations are just a few steps we’ve taken to foster growth among beverage producers, create jobs and strengthen the local economy."

Craft beer is now being produced in all five boroughs, with the opening of Flagship Brewing Company on Staten Island in May 2014, and Gun Hill Brewery, a Bronx based Farm Brewery licensed in October 2013 and the first brewery operating in the Bronx since the 1960’s. Overall New York City is now home to twenty-four beer manufacturers, up from six in 2011, with one brewery, fourteen micro-breweries, three Farm Breweries, and six restaurant brewers or brewpubs.

In May 2014, Queens based Descendant Cider Company became the first licensed Farm Cidery in New York City. In October 2013, Governor Cuomo capitalized New York’s designation as the country’s second largest producer of apples to implement legislative changes to further promote this important agricultural industry by creating the Farm Cidery law. Under the new law, effective January 15, 2014, Farm Cideries must manufacturer products made exclusively from New York State apples and other pome fruits. Like Farm Wineries and Farm Breweries, Farm Cideries also enjoy additional privileges and are allowed to offer tastings of and sell not only cider, but also beer, wine, and spirits made from New York products. New York City is now home to seven hard cider producers, up from two in 2011.

New York City is also now home to twenty-two craft distilleries, up from only five in 2011, including twelve Farm Distilleries located in the Bronx, Brooklyn and Queens. In October 2012, Governor Cuomo signed legislation to allow licensed farm distilleries to sell their liquor at the New York State Fair, recognized county fairs, and not-for-profit farmers' markets. This new law is helping local farms to grow by providing distilleries with marketing opportunities previously offered exclusively to licensed wineries, farm wineries, and farm breweries. On May 9, 2014, 34 New York craft distillers participated in the Manhattan Cocktail Classic’s Opening Day Gala at the New York Public Library, one of the spirit industry’s premier events. This is the second straight year that Taste NY has sponsored the NYS Distillery room at the Gala.

The number of wineries has also increased in New York City, from six in 2011 to eleven today. In addition, two Farm Wineries have opened branch offices in Queens and Brooklyn, authorized by legislation signed by Governor Cuomo in 2011. Farm Winery Branch Offices can manufacturer wine, as well sell their products and other New York State labeled beer, wine, and liquor, in addition to having tasting rooms, retail shops and restaurants.

Jay Sykes, Owner of Flagship Brewing Company on Staten Island, said, "Our grand opening in May went off without a hitch, and I can truly say New York State is a great place to start and run a business. The Governor's support of young entrepreneurs and the craft brewing industry in New York State is clearly evident, through implementing changes to provide more outlets for us to sell and sample our products, to marketing efforts through initiatives like Taste NY, to the attitudes of state agencies that have treated us like partners throughout the entire process."

Allen Katz, Co-Owner of New York Distilling Company in Brooklyn, said, "The support our young business has received from Governor Cuomo and the state has been tremendous. I have personally received calls from small distilleries from other states seeking advice as to how they can create a similar partnership with their state governments as we have in New York. It is not an exaggeration to say we wouldn't be in business without the support we have received from the state, from providing permits, to allowing multiple licenses on our premises, to the highly effective Taste NY initiative, which helps small businesses without large marketing budgets promote our products."

At the 2014 Wine, Beer, Spirits and Cider Summit, the Governor announced a new marketing and promotional commitment where the State will commit $2 million in direct spending to support the industry’s growth via a $1 million targeted advertising campaign and $1 million in tourism promotion funding. Additionally, Empire State Development (ESD) is launching a $2 million grant program that matches $2 million in industry contributions for the marketing and promotion of wine, beer, spirits and cider produced in New York State. Entities deemed eligible for this grant funding will include not-for-profit organizations whose primary purpose and mission is the promotion and marketing of New York State produced wine, beer, spirits and cider.

On June 16, 2014, Governor Cuomo announced an agreement with legislative leaders on a bill that will continue the State’s support of the growing craft beverage industry by cutting burdensome requirements placed on producers and rolling back restrictions regarding the marketing of craft products. This legislation provides New York manufacturers with greater opportunities to market their products, including allowing producers to serve “by the bottle” and “by the glass” as well as permitting farm distilleries to increase the retail outlets where they can sell and offer samples of their products. In addition, this bill would reduce costs for small manufacturers by permitting them to produce more of their product at lower fees.

State Liquor Authority Chairman Dennis Rosen said, “Under the Governor’s leadership, we have partnered with the industry to overhaul antiquated regulations and outdated policies in an effort to help this industry grow. The legislative and regulatory changes have helped spur the tremendous growth by increasing marketing and sales opportunities, streamlining licensing, and raising production caps for the State’s small craft manufacturers.”

Photo by SyntheticD via Free Images