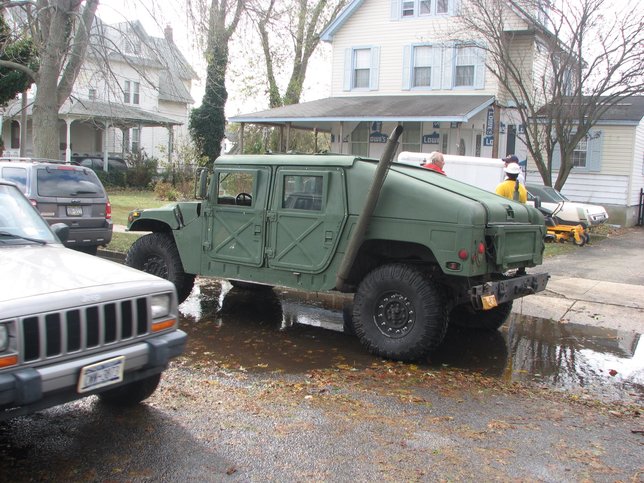 Albany, NY - July 11, 2013 - Governor Andrew M. Cuomo today signed legislation that will allow Breezy Point residents to expedite repairs to homes damaged by Superstorm Sandy. The new law will allow homeowners in Breezy Point to bypass time-consuming permitting requirements so they can begin to repair and restore their houses and lives.

"Before today, Breezy Point residents faced the prospect of waiting up to a year for approval to rebuild homes devastated during Superstorm Sandy," Governor Cuomo said. "Signing this law cuts through unnecessary bureaucratic red tape, giving these New Yorkers an easier way forward as they continue to restore their homes and neighborhood."

Senator Joseph P. Addabbo, Jr., said, "As the Senate representative of communities that were particularly hard hit by Superstorm Sandy, I am deeply gratified that Governor Cuomo and my colleagues on both sides of the aisle, in both houses, joined together in approving legislation that will assist in the rebuilding and recovery from the storm, while better preparing ourselves for such disastrous events in the future. I am especially appreciative that the legislation to aid the residents of Breezy Point in rebuilding their homes in the wake of the horrendous Sandy flooding was approved by the Governor. I am optimistic that this legislation will ease building permit requirements for Breezy Point residents, who would otherwise be forced to face interminable delays in rebuilding their homes and their lives. I believe the people of Breezy Point endured some of the worst damage witnessed in our state. While there are, and will be, many more issues related to Sandy that demand swift and effective government action, I believe this bill will significantly advance our recovery efforts."

Assemblyman Phillip Goldfeder, "This is a huge victory for our families in Breezy Point still struggling to recover from Sandy. It has been more than 8 months since Sandy destroyed nearly 135 homes by fire and hundreds more from flooding in Breezy Point. I drafted this legislation to waive archaic and outdated rules and allow for families to start rebuilding immediately. I commend my colleagues in the Assembly and Senate for their support, and the Governor for signing this bill to provide for a full recovery in the hardest hit communities."

As a result of Superstorm Sandy and a major fire that occurred during the storm, many Breezy Point homes and other buildings were severely damaged or completely destroyed. Due to the unique layout of Breezy Point, many building owners who wish to reconstruct or make any repairs to buildings are required to file for a special permit, the application and review of which could take upwards of 12 months to complete. The new law signed today by the Governor (A4835B/S3736-B) would waive for one year the approval requirement for Breezy Point building owners that have experienced substantial damage to their properties as a result of Sandy.