DEC: Residential Brush Burning in NYS Prohibited Through May 14

DEC reminds residents that with warming temperatures and dry conditions, residential brush burning is prohibited March 16 through May 14 across New York State. 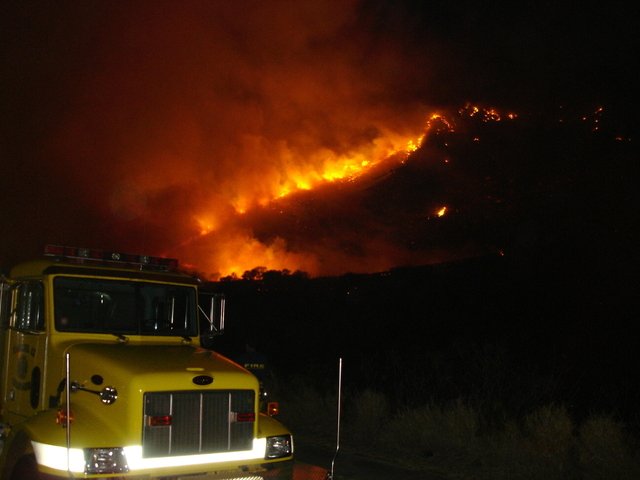 Photo by: Funch, via Free Images.

Albany, NY - March 8, 2017 - The Department of Environmental Conservation (DEC) reminds residents that with warming temperatures and dry conditions, residential brush burning is prohibited March 16 through May 14 across New York State.

Due to the lack of snow cover over much of the state and with rising temperatures forecasted for the coming weeks, conditions for wildfires could be heightened.

"While many people associate wildfires with the western United States, the early start of spring weather, dry conditions, and lack of snow pack increase the risk for wildfires in New York," DEC Commissioner Basil Seggos said. "New York prohibits residential burning during the high-risk fire season to reduce wildfires and protect people, property, and natural resources. The ban has been extremely effective in reducing the number of wildfires, and we're encouraging New Yorkers to put safety first."

DEC will post a Fire Danger Map rating forecast daily for the 2017 fire season on its website and on the NY Fishing, Hunting & Wildlife App available on DEC's website.

Currently, fire conditions in most of the state are low risk.

Open burning of debris is the largest single cause of spring wildfires in New York State. When temperatures are warmer and the past fall's debris and leaves dry out, wildfires can start and spread easily and be further fueled by winds and a lack of green vegetation.

New York first enacted strict restrictions on open burning in 2009 to help prevent wildfires and reduce air pollution. The regulations allow residential brush fires in towns with fewer than 20,000 residents during most of the year, but prohibit such burning in spring when most wildfires occur.

Campfires using charcoal or untreated wood are allowed, but people should never leave such fires unattended and must extinguish them. Burning garbage or leaves is prohibited year-round.

Some towns, primarily in and around the Adirondack and Catskill parks, are designated "fire towns." Open burning is prohibited year-round in these municipalities unless an individual or group has a written permit from DEC. To find out whether a municipality is designated a "fire town" or to obtain a permit, contact the appropriate DEC regional office. A list of regional offices is available on DEC's website.

Violators of the state's open burning regulation are subject to both criminal and civil enforcement actions, with a minimum fine of $500 for a first offense. To report environmental law violations call 1-800-TIPP DEC (1-800-847-7332), or report online on DEC's website.