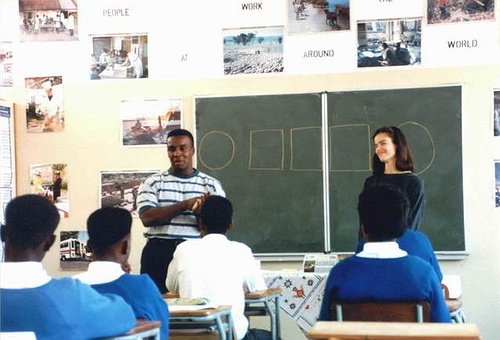 “This prestigious award recognizes students for their accomplishments in academics, the arts or career preparation,” said Commissioner Elia.  “All of these nominees have demonstrated exceptional academic success, artistic excellence or career skills development.  They are truly the best New York has to offer.”

Attached are comments from the legislators who nominated the 25 students.

The Academics and Arts Nominees for the 2016 Presidential Scholars Program:

The Career and Technical Education Nominees for the 2016 Presidential Scholars Program:

“It’s thrilling to hear Commissioner Elia has nominated two students from Longwood High School for the prestigious Presidential Scholars program. Jack Su and Jenny Fang embody the American Dream. Both moved from China at young ages, overcame the language barrier to become proficient in English and went on to excel academically in the subjects of Math and Science. Jack Su and Jenny Fang have consistently challenged themselves with advanced placement course work, competed in national science competitions, and devoted countless hours to research projects at Brookhaven National Lab.  They are well-rounded students with musical and athletic talents who are driven to succeed, and who also receive absolute encouragement and support from the outstanding administrative and teaching staff at Longwood Central School District.  I thank Commissioner Elia for recognizing the extraordinary achievements of these students and congratulate Jack Su and Jenny Fang as they move to the national level as finalists in this exciting competition.” - Senator John J. Flanagan

“I am gratified to know that Education Commissioner Mary Ellen Elia selected Emma May, a senior at Palmyra-Macedon High School, as one of 10 nominees from New York State for the  Presidential Scholars Program.  Emma, who I recommended for this prestigious honor, is a National Merit Scholarship semifinalist and has an exemplary school record academically. She is ranked first in her class and has an overall grade-point average of 100.6. She has also participated in many extracurricular programs, including sports and student council. Additionally, Emma works a part-time job and has participated in numerous community service projects. I wish her much good fortune as she moves forward in the Presidential Scholars Program, which since 1964, has recognized high school seniors on the basis of outstanding scholarship.” – Assemblyman Bob Oaks

“It’s young adults like Joseph Prisaznuk and Chelsie Cloutier that will truly leave a mark on the world as they continue to excel academically, and continue to leave lasting impressions throughout our communities and among their peers. Both Joseph and Chelsie are hardworking leaders, and I have no doubt they will lead successful and rewarding careers. It was my honor to have nominated these esteemed individuals from my Senate District. I am truly proud that they have been chosen - among a selective group of students - to move on as one of the ten nominees for this well-regarded program. I wish them the best of luck!” - State Senator Rob Ortt

“I am honored and pleased that Lauren Zakrzewski and Dijour Carter are both being nominated for the Presidential Scholars Program from the 108th Assembly District.  Both are fine examples of the goodness and promise in our youth and it is because of their efforts that they are nominated for this prestigious award.  I appreciate the support of Commissioner Elia in nominating these two young individuals and I am excited that they are being advanced to the next level”- Assemblyman John T. McDonald

“The achievements of both Kiara Truscott and Isis Benitez absolutely transcend typical qualifiers of GPA or class rank and for this reason, they truly embody what it means to be a Presidential Scholar. It is with great pride that I was able to nominate them for this prestigious award and I commend them for their passion and drive to succeed,” said Senator Serino. “Both of these young women have displayed true strength of character and have made innumerable contributions to not only their schools, but to our community. We are incredibly proud to count them as members of our community and look forward to the ways in which they will continue to help improve our local area.”- Senator Sue Serino

“I would like to congratulate John Messina on being nominated for the Presidential Scholars Program, it is a testament to his motivation, hard work, and character.” – Assemblyman David G. McDonough

"Let me add my voice to the entire Rye Neck School District to commend Allison Baal and the Baal family. Commitment to educational success is proven to open doors to future career and life achievements. I am proud of Allison and her family, and pleased that Allison is receiving this recognition for her hard work,” - Senator George Latimer

“I would like to congratulate both Tiffanie Lane and Jeremiah Houseman on their nomination for the presidential scholars program. Tiffanie’s strength in overcoming challenges, while excelling in academics with a rigorous course load speaks volumes about her character. Jeremiah has distinguished himself as a leader and an extraordinary student, both in and out of the classroom. Tiffanie and Jeremiah are more than deserving of this honor and I wish them all the best in the next round of nominations.” - Assemblyman Al Stirpe

"Taylor Fursman is a leader in her school and her community, achieving not only academic success, but participating in student government, clubs and organizations.  I congratulate her on her nomination to the Presidential Scholars Program and wish her continued success in representing Western New York in this national competition.” -Senator Patrick M. Gallivan

"I am thrilled that Courtney Dearnley has been chosen as one of the nominees for the Presidential Scholars Program.  She is a hardworking, focused, and well-rounded young woman and an outstanding example of the enduring importance of our agricultural traditions both in the Hudson Valley and across New York State.  Her accomplishments and her nomination are a wonderful example of the positive impact that agriculture and education, together, can have on our young people, our communities and our state." - Assemblywoman Didi Barrett

“Benjamin Taylor is a leader in his school district and community, who sets an example for his fellow students in Westmoreland.  I would like to sincerely congratulate Ben and his family on this very prestigious honor.  Also, I want to thank Westmoreland High School Principal Joshua Saxton, and Guidance Counselor Kim Campbell for providing me with information about Ben and his accomplishments.  Ben has already clearly made his mark inspiring those around him, and I wish him the best of luck with his future endeavors,” - Assemblyman Anthony Brindisi

"I am extremely proud of the two students from my Senate District who have been nominated by NY State to be considered for the Presidential Scholars Program.  Rachel Maccarrone and Yunjie (Jack) Su are remarkable individuals who have overcome obstacles to excel in their academic studies.  Their determination, strength and success are models for students throughout New York and beyond.  It’s my hope that the national commission further recognizes their excellence by choosing them to be part of this prestigious program." - Senator Ken LaValle

“At a young age, Steven Engelhardt has already overcome so much and has persevered through personal hardship. With a deck stacked against him, he has beat the odds and also managed to maintain a flawless academic record and give back to the community. I could not think of a more deserving and intelligent student to be nominated for this prestigious award. I will be rooting for Steven in the national competition to become a Presidential Scholar.”- Assemblyman Todd Kaminsky

"I am proud to congratulate Shaneka Bernard from Amityville Memorial High School as being one of the ten female students nominated in New York State for the Presidential Scholars Program.  Shaneka is a top 10 ranking senior in her class and is well deserving of this nomination," - Senator Michael Venditto

“Mr. Lorello is a standout and exceptional student in the South Huntington School District. Throughout his time in public school, Michael has been recognized by the National Honor Society, as he is ranked 14th in his class of 445 students. Along with his distinguished academic prowess in the South Huntington School District, Michael has also been an active member within the athletic community.  As a player on the Walt Whitman High School soccer team, Michael has earned honors and been recognized as the eighth most elite player in the state, an acknowledgement which is certainly worthy of consideration.” – Assemblyman Chad A. Lupinachi

"I am extremely proud that Clarkstown North senior Vishal Mathew was selected to advance to next round of the selection process for 2015 Presidential Scholars Program. As an intern in my New City office, Vishal has consistently demonstrated a passion for public service and serving the needs of his community, both inside and outside of the classroom. I look forward to seeing the many accomplishments Vishal will achieve in his life, and his selection as one of twenty five students to represent New York State is just the beginning."- Senator David Carlucci

“I am pleased that Mr. Avery Hoda, a student at Center Moriches High School, was nominated for the Presidential Scholars Program by Commissioner Elia.  Avery Hoda has demonstrated leadership abilities, academic achievement and has made contributions to both his school and our community.  Being selected as one of twenty-five students from New York to be considered for this honor is a noteworthy achievement, and I am proud to represent this fine young man in the 1st Assembly District," - Assemblyman Fred Thiele

"I want to congratulate Christopher Brito, his family, and the Hyde Leadership Charter School on this exceptional honor. This nomination is very special to me and to the people in Bronx County. As one of the ten students in New York State to be nominated for the Presidential Scholars program, I am so proud of Christopher. I trust and pray that he will continue to advance his education and expand his horizons to achieve whatever he puts his mind and his hands to."- Senator Ruben Diaz

“I am extremely proud that Nyack High School’s own Pierre Vital has been nominated by the State Education Department for the Presidential Scholars Program. Pierre’s impressive work ethic and character has allowed him to overcome personal adversary and challenges and being successful in the face of that. He sets an example not only for his peers, but for the entire community. I would like to congratulate Pierre and the Nyack School District for being recognized for this honor.” - Assemblyman Kenneth Zebrowski

“Jordan Ferris exemplifies the highest standards of scholarship and academic achievement, and he is notable for his resilience in meeting significant lifelong challenges.  Jordan is an exceptional young man, and I was pleased to nominate him for the Presidential Scholars Program.” - Senator David J. Valesky