With the addition of 236,000 jobs to the economy in February, the Labor Department reported Friday that the unemployment rate fell to 7.7 percent, its lowest level since December 2008. 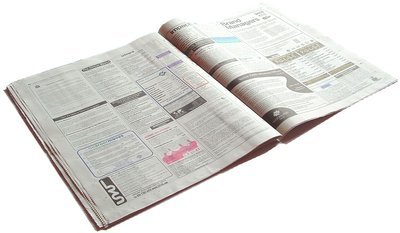 With the addition of 236,000 jobs to the economy in February, the Labor Department reported Friday that the unemployment rate fell to 7.7 percent, its lowest level since December 2008.

Gains, according to the Labor Department, were from a wide-range of sectors, including manufacturing and business services; but construction was particularly robust, adding 48,000 jobs—and those jobs are an indication that the housing market is beginning to recover.

Before the economic crisis of 2007-2008, the jobless rate was near 5 percent. Then, after peaking at 10 percent in October 2009, it fell steadily for three years but has remained at just below 8 percent since last September.

JJ Kinahan, chief derivatives strategist of TDAmeritrade said the 236,000 job additions are an amazing increase that took many by surprise. “ What the number does do is solidify those that say the market is not just about the Fed and their support but that we are seeing real signs of recovery in the market overall.”

“This is reflected in the fact that construction jobs were one of the fastest growing in today's report. This will also mean added pressure on the Fed to come up with a plan to unwind their fiscal stimulus.”

The report, he said, helps “give confidence to many that the recovery is on its way and that we may have turned the corner.”

At this rate, experts say, unemployment could actually fall below the 7 percent level by the end of the year. However, economists are guardedly factoring in the sequester that went into effect March 1, citing that budget cuts could forestall continued growth.

“We think we’ll see some slowdown in April and May because of the sequester,” said Michelle Meyer, senior United States economist at Bank of America Merrill Lynch. “We’re going to see federal job cuts and the spring is going to be a soft patch for the labor market.”

She estimates that the unemployment rate should stabilize at around 7.5 percent later this year.

Amid all of the encouraging news, however, some economists noted that public-sector employment continued its downward trend as the number of U.S. government employees fell by 10,000. And the size of the labor force overall shrank as well, due largely to retirements and disheartened workers who have abandoned their search for jobs.

Consequently, the labor participation rate fell to 63.5 percent, the lowest point in the current economic cycle.

Still, the optimism among economists is growing. “This was an outstanding employment report on many fronts,” said Robert Johnson, director of economic analysis at Morningstar. “First the total employment gain of 236,000 was one of the larger in gains in the last 12 months. The gains were spread across a wide variety of industries with construction being a stand out performer. The payroll tax increase seemed to have no impact on employment with even the restaurant sector showing gains.”

In addition to the job gains, the unemployment rate was down, wages were up and the number of hours worked were up—all often good indicators of gains in the future, he added.

“Private companies, which provide a vast majority of new jobs, continue to grow, which is good news for the economy,” said Brian Hamilton, chairman of the consulting firm Sageworks.

We’d like to hear from you. Please let us know what you think by adding your comments below or on our Long Island Discussion Forum.