Karl Grossman, am investigative journalist and member of the SUNY College at Old Westbury faculty for 35 years, has been named a member of the inaugural class of inductees to the new Long Island Journalism ... 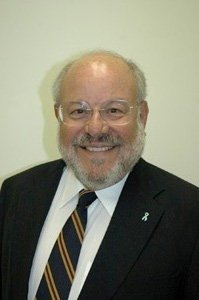 Old Westbury, NY - March 5th, 2014 - Karl Grossman, a professor of journalism in the Media & Communications program at SUNY College at Old Westbury, has been named a member of the inaugural class of inductees to the new Long Island Journalism Hall of Fame.

The Long Island Journalism Hall of Fame, founded to recognize trailblazing journalists of the past and present, is being created by the Press Club of Long Island, the local chapter of the Society of Professional Journalists. The inaugural induction will take place at the PCLI Media Awards dinner, June 5, at the Woodbury Country Club, to help commemorate PCLI’s 40th anniversary.

“Delving into the nooks and crannies of American life, politics, and relationships and calling for accountability at every level of our society has been the passionate pursuit of Karl Grossman through his more than four decades of investigative work,” said College President Calvin O. Butts, III.  “He has paired his pursuit with a level of excellence in the classroom that prepares young journalists not only to report on the news of today but to seek the impacts such news will have on our tomorrows.  He is especially deserving of this honor.”

As an inductee, Grossman joins a list of 23 honorees that includes Walt Whitman, one of America’s greatest poets and founder of The Long-Islander, a community newspaper that continues to operate today. The criteria for those being inducted requires that members be someone who has made a significant contribution to Long Island journalism, or be a Long Islander who has made contributions to journalism beyond Long Island.  As a past winner of PCLI’s Outstanding Long Island Journalist Award, Grossman earned automatic induction.

Grossman has taught investigative reporting at Old Westbury for nearly  35 years. In addition to his recognitions from the Press Club of Long Island, Grossman has received the Generoso Pope Foundation Award for Investigative Journalism, the George Polk Award from Long Island University, The John Peter Zenger Award from the New York State Bar Association, and The James Aronson Award for Social Justice Journalism.   He has long specialized in reporting on issues related to the environment and nuclear technology.  Along with hundreds of articles and commentaries and regular features for sites such as Huffington Post, he has authored such books as “Cover up: What You Are Not Supposed to Know about Nuclear Power,” “Power Crazy,” and “The Wrong Stuff: The Space Program's Nuclear Threat to Our Planet.”

He has also written and narrated television documentaries, which include the award-winning “Three Mile Island Revisited,” “The Push to Revive Nuclear Power,” and “Nukes in Space.”  Grossman also hosts the nationally broadcast TV program "Enviro Close-Up."