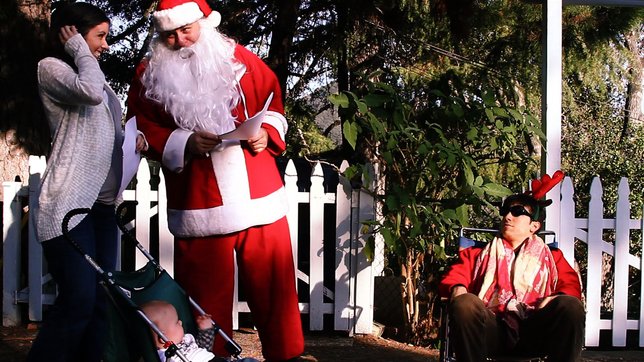 Dave Campfield of East Northport is a talented guy. He writes, acts, directs and produces films and shorts drawing on his time spent on Long Island for inspiration. His most recent effort, “Caesar and Otto’s Deadly Xmas” took home Best Screenplay honors from the Macabre Faire Film Fest this past January. The film is a charmingly funny horror-romp with an almost Laurel & Hardy vibe. Campfield plays Caesar, an actor who can’t quite grasp that he’s awful. For a taste of Caesar and Otto’s absurdity, check out the somewhat NSFW “Piggyzilla”, a personal favorite.

I was lucky enough to chat with Campfield a bit about his process, filmmaking and the life of an indie filmmaker on Long Island working with a microbudget. “One filmmaker is a result of all of his influences, whether that influence is totally mainstream or underground. You look at guys like Spielberg to guys like Ethan Wiley (director of “House 2: The Second Story”), again, you’re the sum of all the filmmakers who inspire you. I have so many, so many different types of filmmakers who were influences.”

Film historians have written about the connection between horror and comedy, and, in the case of something like “Caesar and Otto’s Deadly Xmas”, which is, at the very least, partially inspired by “Silent Night, Deadly Night”, the classic horror flick from 1984 and the satirical comedies of Troma, the line between comedy and horror is further blurred. “In terms of distributed films, more often than not, studios are looking for more straightforward horror films, but I think more and more horror films that hit the market place are becoming straight-up scarefests. A lot of movies can’t make the decision whether they’re comedies or horror films, like, when you look at ‘Club Dread’, from the guys that made ‘Super Troopers.’ That’s a prime example,” Campfield said. “There are a handful of examples that work well at straddling the line between horror and comedy, stuff like what Edgar Wright did with ‘Shaun of the Dead’, ‘Tucker and Dale Vs. Evil’, aside from a handful of films, there aren’t many that are on the same page like the classics. Horror tends to be a silly genre. That’s why it so often lends itself to comedy.”


We started talking about Long Island, what influences could be drawn from the area. “I have a real affinity for suburbia and you don’t get any more suburban than Long Island. There’s something about the culture, you look at the houses, its so classically middle-America,” he said, adding “I’m more a suburbanite, as opposed to a city person, the trees, parks, it’s just so much more open. This is where I feel most comfortable.”

“I remember going to carnivals, haunted houses, that sorta’ thing, growing up. St. Anthony’s Church was probably my first foray into the world of horror, being a little kid and going to my local church in Northport, walking into the haunted house and getting terrified, having to run out before I could make it through. That feeling of being scared, being in that haunted house, I loved it. For years, it’s stayed with me and influenced me.” 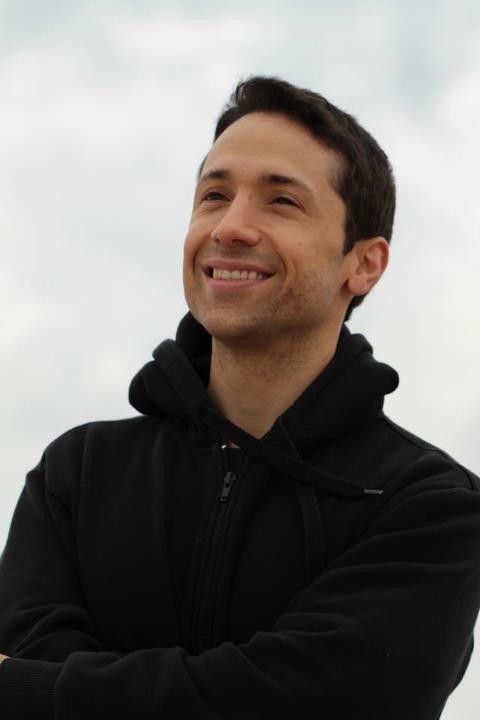 We talked about how it is shooting a microbudget film on Long Island. “There are pros and cons. I think Long Islanders are less giddy about the process of filmmaking than the rest of the country,” he says, laughing. “There’s a lot of talent out here. The concentration of talent is amazing.”

Campfield is currently shopping his horror film “Fear The Reaper” around, while also developing other projects. The screenplay has won awards at various film festivals across the country, placing first at The Dark Carnival Film Festival. “I’ve grown to realize the importance of film festivals. Festivals are the perfect opportunity to network and make lifelong friendships. I think festivals are the greatest opportunity for indie filmmakers as long as you make the best of it.”

To close things out, Campfield had some advice for those looking to get into filmmaking: “The worst thing you can do is sit idle and not do anything. That’s why I began working in low-budget films. You create content in the hopes that it gets you noticed. A lot of people wait for the next best opportunity, but you know what? That might never come. You need to be proactive. Do the absolute best with what you’ve got.”