Schumer: LI Spent Hundreds of Thousands of Dollars on Fire Hydrants That Must be Thrown Out After January 2014

Suffolk County Water Authority Alone Estimates They Will Have to Throw Out $450,000 Worth of Stock and Spend Even More in Ratepayer Money to Buy New Hydrants That Comply to EPA Standards 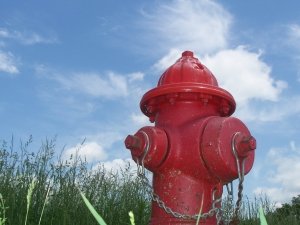 Garden City, NY - December 12, 2013 - Today, at the Garden City Park Water District, U.S. Senator Charles E. Schumer called on the federal Environmental Protection Agency (EPA) to delay a sudden mandate on local municipalities that will force cities, towns and municipalities across Long Island to throw out and replace over $450,000-worth of brand new fire hydrants and parts after January 4, 2014. Schumer explained that on October 22nd, the EPA released its interpretation of the Reduction of Lead in Drinking Water Act of 2011, and for the first time disclosed that fire hydrants will be subject to new reduced lead standards, due to the rare occurrence that hydrants provide drinking water. This rule will require municipalities to discard their fire hydrant stockpile and purchase new ones, costing ratepayers hundreds of thousands of dollars. Schumer said that across the country, this took local water authorities, public safety officials, and hydrant manufacturers by surprise, demonstrated by the hundreds of hydrants – which cost up to $1,000 or more a piece – that are sitting in their stockyards ready for installation.