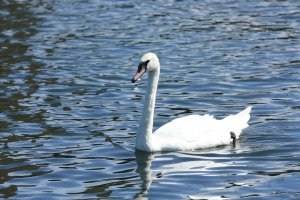 Over the past five weeks, DEC received more than 1,500 comments on the plan from individuals and organizations as well as more than 16,000 form letters and 30,000 signatures on various petitions.

“The draft plan for management for mute swans received significant public interest and DEC received many thoughtful and substantive comments,” Commissioner Martens said. “DEC is listening to these comments and concerns and will revise the draft plan and provide an opportunity for the public to comment on the revised plan this spring.”

In revising the plan, DEC likely will acknowledge regional differences in status, potential impacts and desired population goals by setting varying goals for different regions of the state. In addition, DEC will consider non-lethal means to achieve the management plan’s intended goals.

DEC continues to review all of the public comment received, and will issue a revised draft this spring for another 30-day comment period. Prior to finalizing the revised draft, DEC will meet with key stakeholder groups to ensure that all potential management options are identified and considered. In addition to a revised draft plan, DEC staff will prepare a summary of the comments received and provide a response to the many questions, concerns and ideas expressed by the people of New York State.

“We appreciate the strong response that the draft plan received, and it’s clear that New Yorkers recognize the importance of a comprehensive mute swan management plan that balances the interests of a diversity of stakeholders,” Martens said.  “The revised plan will seek to balance the conflicting views about management of mute swans in New York.”