More Bacteria Lurks on Stethoscopes than Other Areas When Visiting the Doctor, Study Finds

The next time you're at the doctor's office be watchful of what the stethoscope touched before it goes on your skin. The medical tool has been found to be lurking with loads of bacteria. 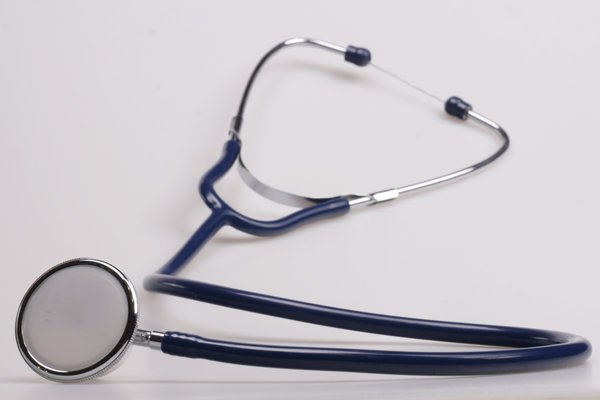 We hear it all the time, “wash your hands to prevent germs from spreading,” but according to a recent study, a major germ spreader at the doctor’s office is the stethoscope.

Yes, the tool doctors often carry around their neck and then use to put against a patient’s chest and back is filled with thousands of bacteria, including MRSA. This is according to a study recently published in the journal Mayo Clinic Proceedings.

Doctors may use a stethoscope several times a day with direct contact to patients’ skin, so they are considered “potentially significant vectors of transmission” of bacteria, according to the study’s lead investigator Dr. Didier Pittet, director of infection control program at the University of Geneva Hospitals and head of the World Health Organization’s Collaborating Centre on Patient Safety at the hospitals.

Dr. Pittet further added, “From infection control and patient safety perspectives, the stethoscope should be regarded as an extension of the physician’s hand and be disinfected after every patient contact.” That simply means wiping it with alcohol. Unfortunately, a good number of physicians do not apply the routine of cleaning their stethoscope because there is no mandate for it.

The study indicates the diaphragm of stethoscopes – the piece placed against the skin – contains more bacteria than the palm of the doctor’s hand, especially if it is not disinfected between uses. However, the fingertips of a doctor’s dominant hand remains the most contaminated of all.

While the study was small, pulling results from three doctors and 83 patients, the results bring necessary attention around the importance of having proper hygiene with hands as well as medical tools.

As a patient, you also have the right to request that equipment and tools be cleaned before they are used on you. Just as it is expected that your doctor clean his hands before examining you.