More Mothers are Breadwinners in US Households than Ever Before

According to a new Pew Research Center Analysis of data from the U.S. Census Bureau, mothers re the sole or primary source of income for the family in 40 percent of American households with children ... 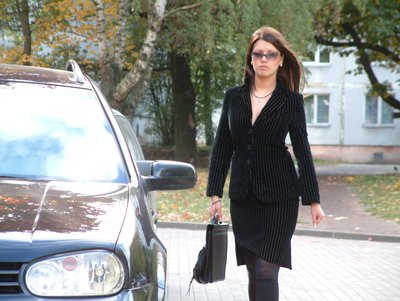 According to a new Pew Research Center analysis of data from the U.S. Census Bureau, mothers are the sole or primary source of income for the family in 40 percent of American households with children under 18—up from 11 percent in 1960.

Results of the research show that 37 percent of these “breadwinner moms” are married mothers who have a higher income than their husbands and 63 percent are single mothers.

The median total family income of married mothers who earn more than their husbands was nearly $80,000 in 2011. The Pew analysis also shows that these women are slightly older, disproportionally white and are college educated.

The median for families led by a single mother was $23,000, well under the national median of $57,100 for all families with children. In contrast to the married breadwinners, these women are younger, more likely to be black or Hispanic and less likely to have a college degree.

The growth of both groups of mothers is tied to women’s increasing presence in the workplace. While researchers say it is unclear how much impact the recession may have had on this trend, women now make up almost of half (47 percent) of the U.S. labor force, and the employment rate of married mothers with children has increased from 37 percent in 1968 to 65 percent in 2011.

The majority of Americans agree that these numbers provide tremendous financial benefit to families. Results of a Pew Research Center survey conducted April 25-28, 2013 among a nationally representative sample of 1,003 adults living in the continental United States show that 67 percent say the increasing number of women working for pay outside the home has made it easier for families to earn enough to live comfortably.

But the results also indicate that the financial payoffs do not come without a price. A full 50 percent of respondents say that trend has made it harder to have a successful marriage and 74 percent agree that it makes raising children more difficult.

Another Pew Research Center survey conducted in November 2012 found that working mothers are changing their opinion about whether and how much they would like to work. The number of mothers who say their ideal situation would be to work full time increased from 20 percent in 2007 to 32 percent in 2012. Those saying they would prefer not to work at all fell from 29 percent to 20 percent.

And how to Americans at large weigh in? The Pew research survey disclosed that 79 percent of Americans reject the idea that women should return to their traditional roles, but that they differ on the best mother-father work family balance for children.

Fifty-one percent of survey respondents say that children are better off if a mother is home and doesn’t hold a job, while just 8 percent say the same about a father.

More detailed information about the data included in this article can be found in the Pew Research Center’s complete report.

The Pew Research Center is a nonpartisan fact tank that conducts public opinion polling, demographic research, media content analysis and other empirical social science research to inform the public about the issues, attitudes and trends shaping America and the world.

Weigh in with your comments below or on our Long Island Living Discussion Forum.