The dolphin was found in Jockey Creek in Southold and had to be euthanized. 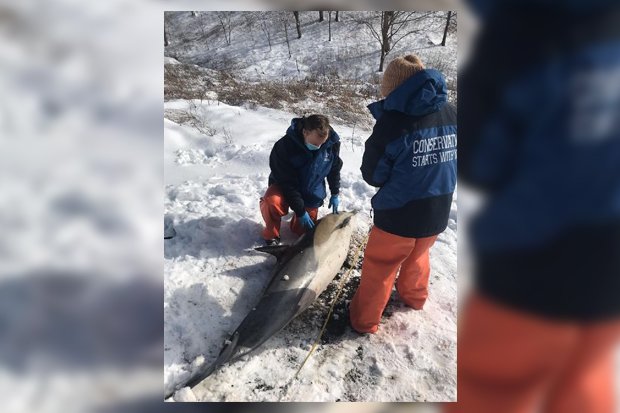 The Atlantic Marine Conservation Society said on its Facebook page that an adult dolphin was found stranded in Southold’s Jockey Creek on Thursday, February 18 and had to be euthanized by New York Marine Rescue Center.

The organization provided assistance by conducting a necropsy on the short beaked common dolphin. The 6’ 11” female was an adult dolphin and showed signs of having a compromised liver.

According to a report in Patch, another dolphin was spotted in the area but was not found.