A man celebrating his 96th birthday found what appeared to be a rat tail his German apple ring cake. 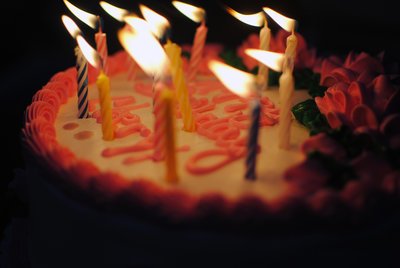 Joe Valente of Commack was celebrating his 96th birthday on Thursday night with his family. When Valente took a bite out of his favorite cake – a German apple ring cake from King Kullen – he found that the dessert had a strange taste. As they cut the cake apart, Valente and his family found what appeared to be grayish mold and, even more disturbing, a rat’s tail.

The tail was approximately five inches long and a member of Valente’s family claimed that they could make out the head of a rat.

Officials have not confirmed whether it actually was a rat’s tail baked into the cake. In a recent written statement from King Kullen, the popular supermarket chain stated that there are no known rodent issues at the bakery where the cake was made.

"We took immediate steps as a precautionary measure… Product has been removed from the bakery and the premises has undergone a thorough inspection,” the company stated. They went on to state that there has never been a rodent found in their cakes in the 30 years that the company has had fresh bakeries in their stores.

Valente’s lawyer Ed Yule stated that he suspects someone had tampered with the cake. Yule told ABC News that he has turned the cake over to state officials for testing.

"This is a case of absolute negligence by the store in their policies and in the way they conduct their business," said Yule.

King Kullen added that they are in good standing with all Department of Agriculture inspections.