Taking a break from the glitter of the gold coast, the girls of Literary Traveler – a travel website dedicated to literature – were intrigued by a ghost story, and the personal story of Jedediah ... 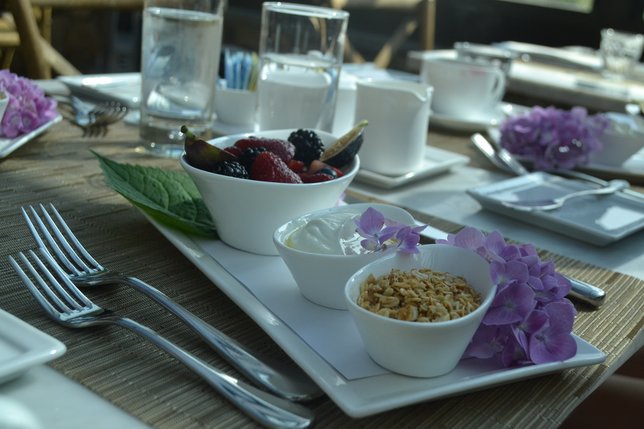 This is the first installment from the Literary Traveler's Guest Posts on LongIsland.com, exploring the local attractions, and history here on Long Island. With the recent pique in interest in the Great Gatsby following this year's movie release, The Literary Travelers have decided to head to Long Island, and see how our culture is still inspired by Gatsby today.

Not many people are aware that The Great Gatsby is not just the great American novel, but a road safety handbook in disguise. Taking F. Scott Fitzgerald’s lead from how NOT to conduct a road-trip, Literary Traveler headed away from the city, and aimed for the relaxed countryside of the North Fork in search of what Long Island has to offer tourists today. The readers of our website want to stay somewhere that’s more than just a jumping off point, so the Jedediah Hawkins Inn, with its gables, herb garden and speakeasy seemed ideal.

Meeting the restaurant’s new chef Richard Kanowski, we didn’t expect to hear a personal story of a Long Islander who had returned with a young family to nurture a career in a kitchen that has been frequented by a lineage of celebrity chefs. And that it would all come wrapped in an upbeat ghost story.

“This place has been riddled with big name celebrity chefs…but it stands on its own” says Kanowski.

Up until recently, Kanowski was a stay-at-home Dad working on his own private catering business, which he ran with his wife.

His policy in the kitchen seems to reflect that: “I make it very clear that it’s like a family. It’s a good coaching lesson…it’s a good opportunity to show how it’s done”, he says.

The road to Jedediah began with a childhood in Winter Place on Long Island, a stint in Boston at the Ritz Carlton and in Carnegie Hall as executive sous chef, and extensive travel around the country (Kanowski is a snowboarder who has travelled in 47 states), before he ended up back on Long Island to raise a family and develop his career in the locavore heartland of the region.

To give a sense of the opportunity that Jedediah represents to him, he tells us that after only 4 hours on the new job, his wife called him to say that Newsday was on the phone wanting to confirm that he was the new chef at Jedediah’s.

But despite demanding longer hours, this career leap has landed Kanowski in a place where the pace of life is slower and gentler than the city’s bustle. In Manhattan he says, it was “another life.” There, he catered large parties for people with butler kitchens. Here, he says, “the asparagus is still warm from the sun.”

“When I drive to work I pass the farms and see what they have…” “Harps' farms just got corn”, he says. The menu at Jedediah is changed roughly every 2-3 weeks to keep pace with the veg that is coming into season.

Kanowski explains that for him, the more difficult philosophy, but ultimately the most rewarding one is to remain calm in the kitchen. That way, staff are not afraid to speak up when they see a detail that isn’t quite right. But it’s not easy.

It does help, however, when dealing with knives, pressure and extreme heat actually brings out the zen Buddhist in you.

“An order comes in and I’m not thinking about anything… it’s just reaction… I love it” he says of his job.

“Sometimes you feel like you’re going underwater but there’s always a way out of it”, he adds.

And though he hints that he hasn’t always been this way in pressured situations - “I worked at La Plage…I was 24”, it seems that overall, his unique work experience has honed the diplomat in him rather than the stereotypical tyrannical chef.

“I was the executive sous chef at Carnegie Hall”, he explains. “I had to deal with a HR department and learn what’s appropriate and not appropriate.”

We’re talking in the rustic lamplit speakeasy when he warns us, “be careful when you’re taking pictures down here” To illustrate, he shows us his own photos with beautiful white rings on the shot that seem to have come from nowhere.

“We think it’s a girl… “ he says; “she likes good people who work hard at their jobs.”

Kanowski modestly suggests that the ghost was receptive to his diplomatic nature.

“We had a conversation one night”, he says, “We came to an agreement.”

That is one ghost story that I could well believe.

Jessica Monk is an artist and writer from Cork Ireland, and contributing editor at Literary Traveler. Since moving the US, she has worked as a copywriter, a writer for Literary Traveler, a music writer, and Editor of Somerville Cafe Blog. Her passions include music, literature, philosophy, travel and many more things that won’t fit on a list.

Literary Traveler is a travel website that encourages readers to indulge their wanderlust and explore the world through their literary imagination.This summer, the girls of Literary Traveler pack a copy of The Great Gatsby, hit the road and look beyond the Long Island of F. Scott Fitzgerald's Jazz Age to its rich contemporary culture, vineyards, agricultural heritage and more. We’ll be exploring the connection between the glamor of Long Island’s literary heritage and the abundance of things to see and do here today. Follow us on our journey on Twitter and Facebook!