A budget amendment would put traffic cameras outside of each school district in Nassau and Suffolk County. 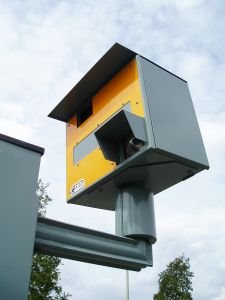 A budget amendment to install speed cameras in every school district on Long Island has been introduced in the New York State Legislature, Governor Cuomo announced yesterday. If passed, it would allow for one speed zone to be monitored for each school district in Nassau and Suffolk Counties.

Backers of the proposal argue that the cameras will make the streets in front of schools safer by discouraging drivers from traveling over the speed limit on those roads.

“Speeding through school zones puts children at risk, and this amendment is one way we can better protect our students and crack down on irresponsible drivers,” said Governor Cuomo. “This amendment will allow Nassau and Suffolk Counties to more effectively monitor speeding at school zones throughout their regions, which will aid local law enforcement efforts and encourage drivers to slow down when traveling around a school. This is a proposal that will make our schools and communities safer on Long Island, and I urge the legislature to pass it this year.”

Under existing law, a police officer must be present to witness a speeding violation and serve the driver with a ticket or summons, but the proposed amendment would establish a new program in which traffic-monitoring cameras would record violations as they happen, then allow the state to issue a summons afterwards.

The process would work similarly to the red light cameras Long Islanders have already seen sprouting in their neighborhoods in recent years. Several states have already employed speed cameras, including Arizona, California, and Utah.

“There is no excuse for speeding through a school zone during school hours and speed cameras have a proven impact of slowing down drivers,” said Suffolk County Executive Steve Bellone. “This proposal will help give us the tools to improve safety around our schools when students are present, and I commend Governor Cuomo for including this item in his budget.”

“I commend Governor Cuomo for his commitment to protecting the safety and welfare of our children,” added Nassau County Executive Ed Mangano. “My administration has worked tirelessly with law enforcement to protect our most precious asset and the Governor's proposal will assist us in furthering that goal.”

A similar program was approved for schools in New York City last year.