Wireless panic alarms are being distributed to schools across Nassau County. 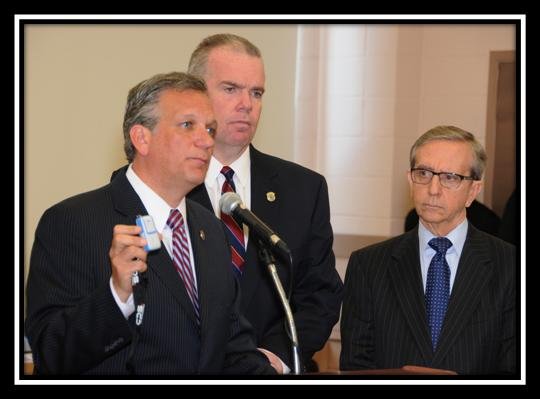 “Terrible tragedies such as Sandy Hook Elementary School in Newtown and yesterday’s events at Sparks Middle School outside Reno, have left many families, administrators and faculty feeling concerned about security,” said County Executive Mangano. “While we hope to never face such a situation, residents should know that Nassau County is leading the nation with new measures to protect our children."

When activated by the push of a button, the wireless panic alarm establishes a two-way microphone between the alarm and the NCPD and will stay activated and record until terminated by the police. The alarm also provides a GPS location, thereby generating an accurate location for responding police officers. This unprecedented program helps provides law enforcement with real-time intelligence that is critical to saving lives.

The new Panic Alarm program builds on County Executive Mangano efforts in partnering with Nassau BOCES to instantly provide local law enforcement with camera feeds and digitalized floors plans for all Nassau County schools that participate in the program. County Executive has also hosted six Active Shooter Seminars that examine the tragic events which unfolded in Connecticut, provides school training and addresses the NCPD’s procedures in responding to an “Active Shooter” situation should one occur.