The Major Case Bureau reports three arrests from an investigation beginning in December 2016 ending on Friday, February 17, 2017 in Massapequa Park. 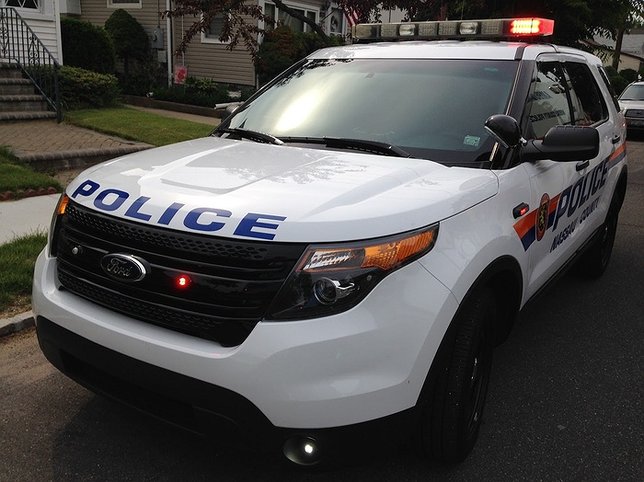 In each arrest individuals were in possession of envelopes containing (or believed to contain) heroin. The envelopes were labeled 'BEAST MODE.'

On February 10, 2017 defendant Justin Johns, 37, of Massapequa was observed failing to complete a full stop while operating a black colored 2015 Ford SUV.  Detectives conducted a Vehicle and Traffic Law stop and the defendant admitted to possessing two wax envelopes of heroin labeled ‘BEAST MODE’; he was arrested at 8:10pm.  Defendant Johns is charged with one count of Criminal Possession of a Controlled Substance.

On February 13, 2017 Detectives observed defendant Clifford Wagner, 52, of Farmingdale make a hand to hand narcotics transaction in front of 157 Atlantic Avenue.  The defendant was then observed leaving the scene operating a vehicle at a high rate of speed and violated multiple traffic laws.  Detectives were able to stop the vehicle, the defendant could not produce a valid driver’s license and during the investigation admitted to possessing two wax envelopes of heroin labeled ‘BEAST MODE’; the defendant was arrested at 9:40pm.  Defendant Wagner is charged with two counts of Criminal Possession of a Controlled Substance.

On Friday, February 17, 2017 at 7:50pm defendant Stephen Robinson, 44, of Oceanside was located at his home and placed under arrest without incident.  During search incident to arrest, he was in possession of 62 wax envelopes labeled ‘BEAST MODE’ believed to contain heroin.  Defendant Robinson is charged with five counts of Criminal Possession of a Controlled Substance and six counts of Criminal Sale of a Controlled Substance.  Additionally he is charged with one count of Endangering the Welfare of a Child due to his eight year old child being in the home on February 10, 2017 when he conducted a narcotics sale to Defendant Johns.  Defendant Robinson was arraigned on Saturday, February 18, 2017 in First District Court 99 Main Street Hempstead.