NCPD Officers Deliver the Milk and Bread to Snowed-in Seniors

Elderly couple could not leave home due to an iced up driveway. 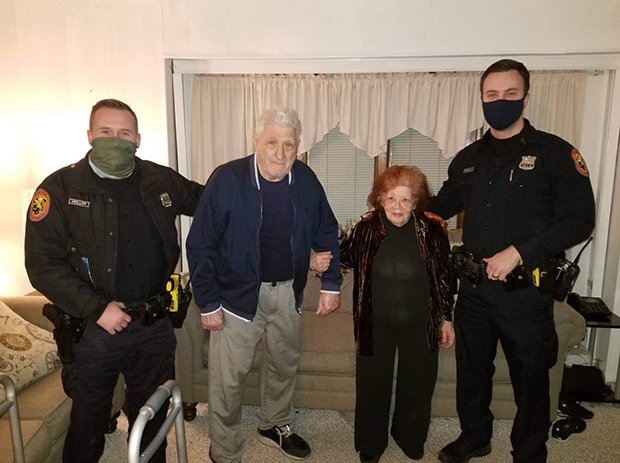 We all know what happens when the snow starts to fall: people rush out to grab as much milk and bread as possible. It even became a funny viral video a few years ago.

In Nassau County on Friday, February 12, some elderly folks couldn’t make the trip out and police were called in to lend a hand. While snowbound seniors is serious situation, two Nassau County police officers were able to bring a warm-hearted ending to an icy predicament.

That night, the Nassau County Communications Bureau received a call for a Well Check, as there was concern for seniors in a home who were possibly snow bound, according to a report by the department NCPD.

Officers Michael Molloy and Eric Boniello responded to the residence and found homeowners Albert and Phylis Delellis could not leave their home since their driveway had become impassable due to snow. The officers tried to shovel the driveway for the couple but that proved impossible because the snow had turned to ice.

“Officers Molloy and Boniello did the next best thing: they visited the local 7-11 to purchase bread, milk, eggs, juice and a variety of snacks for the Delellis,” the report said.

The NCPD said that police will continue to check in on the Delellis family.