MyNotifi is a remote fall-detection device that circumvents the need for call centers. 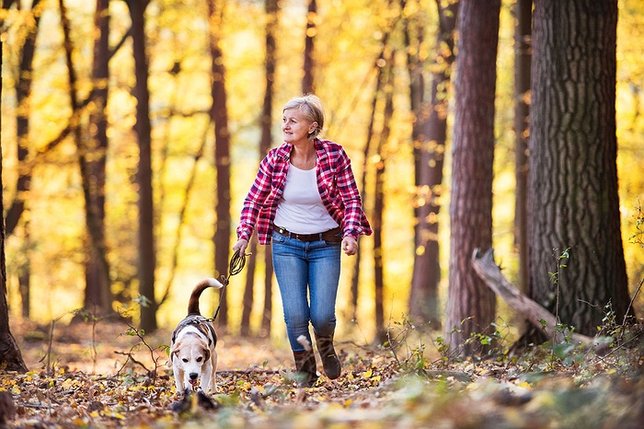 Long Island, NY - October 11, 2018 - As we age, we all fight that growing feeling of vulnerability and struggle to cling to our independence, but as time continues to pass, the struggle can prove to be more and more difficult. However, there’s a new high-tech safety gadget on the market – MyNotifi, an automatic fall detection device that can automatically summon help when needed – assisting seniors with maintaining their quality of life while offering a means of protection should the worst happen as well.
CEO Johnny Ross started MedHab ten years ago after having gone through the physical therapy process following a complicated knee surgery. He saw what he considered to be gaps in the patient-provider continuum of care, and decided to start a company as a response to that situation, utilizing his years of experience in the healthcare field in order to devise a means to help others.
“I saw a lot of people not doing their therapy and quitting it for many, many reasons,” he said. “And it always leads to poor outcomes, which is very common.”
MedHab is a San Angelo, Texas-based device manufacturer that specializes in remote, wearable technology. MyNotifi is their third product, following two innovative shoe insole devices – Steprite and RPM2 – that assist with physical therapy and gauging sports performance, respectively.
“When you look at the target audience of MyNotifi, there are actually two distinct groups,” Ross said. “One is older seniors that are at risk of falling, but there are also people who may have moms and dads at an advanced age that are at risk of falling.”
MyNotifi is an FDA Class 1-exempt device that eschews monthly fees or contracts; after it is purchased, there are no additional costs to the user. Ross refers to MyNotifi as MedHab’s flagship device, and after describing its many potential benefits, it's not hard to see why he touts it as such.
“MyNotifi is a remote fall-detection device that circumvents the need for call centers. Seniors have told us over and over again in focus groups that there are things they don't like about many products that are currently on the market,” he said. “Things such as not liking to wear pendants around the neck due to the stigma related to them, or the monthly costs associated with a call center...it's a big deterrent to them. And finally, many seniors don't like the idea of a call center being the place they have to contact, because they're talking to strangers.” 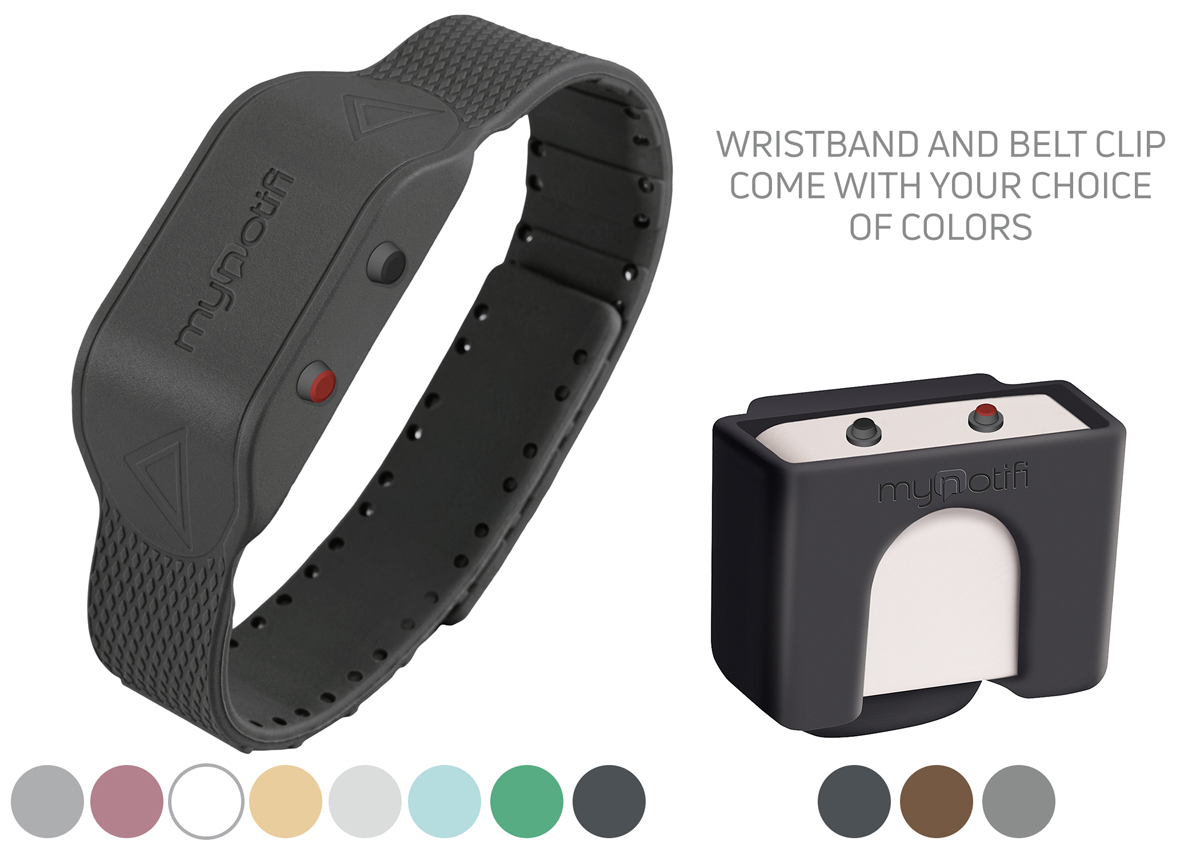 MyNotifi can be interchangeably clipped to the belt or worn on the wrist. Photo Credit: MedHab
MyNotifi, Ross said, bypasses all of those issues. MyNotifi can be interchangeably clipped to the belt or worn on the wrist and works hand-in-hand with a downloadable smartphone app. In addition, the device completely does away with the concept of a call center in favor of what is known as a ‘caregiver network.’ In other words, MyNotifi users can designate any number of friends and family members to automatically receive a notice on their smartphones whenever their loved one encounters an issue, such as a fall or other emergency, explained Ross.
“For example, if my father was using this device, he would put me, my wife, my kids, and probably a neighbor all on his network so everybody can respond when anything happens...we will all know immediately,” he said. “If he happens to fall, the device will automatically detect it. The device and the app wake up and actually ask the user if they have fallen. From there, he can tap the device or speak out loud, answering yes or no. If the MyNotifi user is unconscious, after one minute without any response the device will automatically send a distress warning on its own.”
Whether the MyNotifi user consciously requests help, or if the device automatically does it for them, users in the caregiver network –  all of whom will have previously downloaded and installed the MyNotifi app as well – will receive a unique notification on their smartphone, alerting them to the potential emergency their loved one faces.
The people receiving the notification are told if the user was conscious or not at the time of the incident, and their position is given via Google Maps, enabling those receiving the notification to know exactly where their loved one is in order to get help to them as soon as possible, Ross said. In addition, the app allows people in the caregiver network to message one another, so if one person is closer to the location of the incident than others, they can let everyone know – including the person who has fallen – that help is on the way.
However, MyNotifi isn't just about falling; it can also be used to summon assistance in the event of any medical emergency, such as a heart attack or other such ailment. A MyNotifi user only has to tap the device to send a message to his network that he or she requires immediate help.
However, even the best medical alert system in the world is useless if it's not properly maintained, and MyNotifi has this issue covered as well, according to Ross.
“When the battery reaches 20 percent charge remaining, the device will vibrate to let the user know that they need to put it on the charger,” he said. “If they don't charge the device and it reaches 10 percent remaining, the device notifies the family that they need to help mom or dad make sure that they charge their device. So even if the family isn’t there with them, they're helping their parents to manage the device and make sure that they are safe.”
MyNotifi also boasts an ‘idle’ feature, which is only active during daytime hours; if the device detects no movement for over three hours, a notification is automatically sent to caregiver network members. It may only be a case of the user forgetting to put the device on, but it's always better to be safe than sorry, Ross noted. A similar process is in place if the unit becomes disconnected for over a period of three hours as well.
The usefulness of MyNotifi doesn't end merely by serving as a conduit to help from loved ones in the event of an emergency, however; it also serves as an exercise device to help the users maintain their quality of life as well. A series of exercise routines aimed at building strength and range-of-motion are built into the smartphone app, which links the users to corresponding YouTube videos displaying how each exercise properly performed.
Regular software and firmware updates are made available, and while an app-enabled smartphone – both Apple and Android devices are supported – is required to effectively use MyNotifi while on the go, users without smartphone access can still utilize MyNotifi locally on their home Wi-Fi networks.
Ultimately, MyNotifi combines cutting-edge technological and design factors into one easy-to-use package that serves to keep the people most important to you safe and secure at all times; studies show that the longer seniors live at home independently, the longer they live, and MyNotifi helps them to do just that.
In the end, Ross noted that having the opportunity to start MedHab as a way to contribute to the well-being of society is an extremely gratifying feeling, and looks forward to many years of pushing the envelope when it comes to medical innovation and service…particularly when to comes to the protection afforded to seniors via MyNotifi.
“I'm really excited about this. What we really specialize in is developing products that make things better for healthcare, and in this case for seniors,” he said. “A senior dies every 19 minutes from a fall, and discovering that fact was the inspiration to create MyNotifi. I wanted to do something to make a difference.”
MyNotifi is available for purchase from MedHab online (www.mynotifi.com/falldetection) or by calling 1-800-541-1420.