25 Killed When Ukrainian Protests Break Out in Violence

President Viktor Yanukovych blames the country's opposition for the violence. 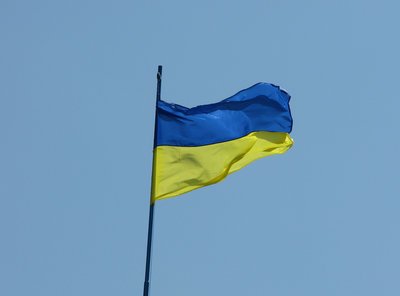 At least 25 were killed in a riot which saw protestors fighting Ukrainian police. This is said to be the most violence the ex-Soviet republic has seen since their independence. On Tuesday thousands of police armed with stun grenades and water cannons rushed at protestors camped out in Kiev’s Independence Square.

“Oppositional leaders neglected the main principle of democracy – the power is gained not on the streets or squares, but at the polls,” Yanukovych said. “I have repeatedly told them – the elections will be soon. If people vote for you, you will have power. If people do not vote for you, you will not have power. But it should happen legally, under the Constitution of Ukraine.

“They have crossed the line after calling people for weapon,” the President continued. “It is a flagrant violation of law. The perpetrators must stand before the court that will determine their punishment. It is not my whim, it is my duty as a guarantor of the Constitution - to ensure public peace in the country and justice for everyone.”

Of those killed was Ukrainian journalist Vyacheslav Veremiy. The journalist was killed by a group of paid government “helpers” whose sole purpose is to create disorder in the country. Witnesses say these helpers are armed with bats and guns.

Veremiy was attacked at around 2 a.m. Wednesday when his taxi was ambushed by a group of armed thugs near a police station. The driver and passenger in the car were beaten while Veremiy was shot in the chest.

European leaders are set to address the violence on Thursday in Brussels. French President Francois Hollande says he is in favor of EU sanctions against the Ukraine.

"Whoever is responsible for decisions that lead to bloodshed in the center of Kiev or elsewhere in Ukraine will need to consider that Europe's previous reluctance for sanctions must be rethought," Hollande was quoted as saying in the French press.

Germany also came out in favor of sanctions. Foreign Minister Frank-Walter Steinmeier says the option is on the table due to the escalation in violence. This comes as a surprise as Germany had originally rejected any calls for sanctions.

Riots also broken out in Venezuela although the opposition has recently surrendered. Their leader, Leopoldo Lopez, is due in court on Wednesday and may face charges for allegedly provoking violence during protests against the socialist government.

Five were killed in these Venezuelan protests against President Nicolas Maduro’s government.