Suffolk County Police Saturday arrested a Wyandanch man for driving while ability impaired after he fled police and drove through a fence and around an airport in Farmingdale early in the morning. 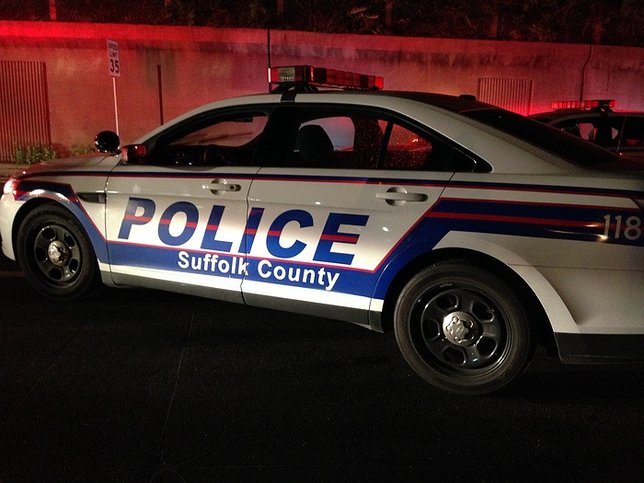 Farmingdale, NY - February 13th, 2016 - Suffolk County Police today arrested a Wyandanch man for driving while ability impaired after he fled police and drove through a fence and around an airport in Farmingdale early this morning.

A First Precinct patrol officer observed the driver of a 2015 Volkswagen Jetta drive through a red light on Mount Avenue in Wyandanch at approximately 1:35 a.m. and attempted to pull the vehicle over. The driver, Kroy Moore, did not pull over and a pursuit was initiated and terminated a short time later.

Approximately a minute later, the vehicle was seen by First Precinct officers on New Highway in Farmingdale. Moore drove through a fence at Republic Airport and continued to drive on a runway and through the airport until his vehicle became inoperable. Moore then fled on foot and was apprehended by First Precinct police officers.

Moore, 34, of Spring St., was charged with Driving While Ability Impaired by Drugs and Alcohol, Criminal Trespass, False Personation, Criminal Mischief and Unlawful Fleeing of a Police Officer. The investigation is continuing. He will be held overnight at the First Precinct and scheduled for arraignment at First District Court in Central Islip on February 14.