Long Island authorities are investigating how sensitive Nassau County Police documents were part of the confetti at the Macy’s Thanksgiving Day Parade. 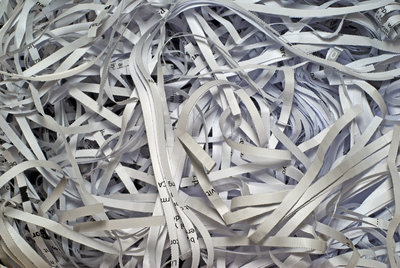 Amidst the joy and celebration of the 86th Annual Macy’s Thanksgiving Day Parade, something secret was actually fluttering to the ground with the confetti.

It was found that the shredded strips used in the confetti were parts of documents that had belonged to the Nassau County Police Department.  The documents were shredded horizontally, allowing information such as names of undercover officers, phone numbers, addresses, social security numbers, and banking information for police employees to be legible.  Arrest records and incident reports were also among the scraps of documents.

Some of these strips were found to contain details of Republican presidential candidate Mitt Romney’s motorcade plans for the October 16 Presidential Debate at Hofstra University in Hempstead.

The confetti strips were found scattered along the parade path at 65th Street and Central Park West by 18 year old college student Ethan Finkelstein, who was attending the parade with his father and friends.  After realizing that one of the strips contained a social security number, Finkelstein took home several handfuls of the shredded paper and brought it to the attention of the police.

His father, Saul Finkelstein, estimated about three inches of the shredded Nassau Police documents to be on the ground.  He and his son also witnessed spectators in the crowd throwing the confetti at one another, and later saw some of the shredded paper lingering in the street on Monday.

Macy’s spokesperson Orlando Veras stated that Macy’s was not the source of the confetti, as Macy’s uses commercially-made confetti that that consists of punched-out, brightly colored pieces – not shreds of paper.  Veras also pointed out that parade spectators often bring their own confetti to throw during the parade.

The Nassau County Police Department told New York radio station WPIX "We will be conducting an investigation into this matter as well as reviewing our procedures for the disposing of sensitive documents."