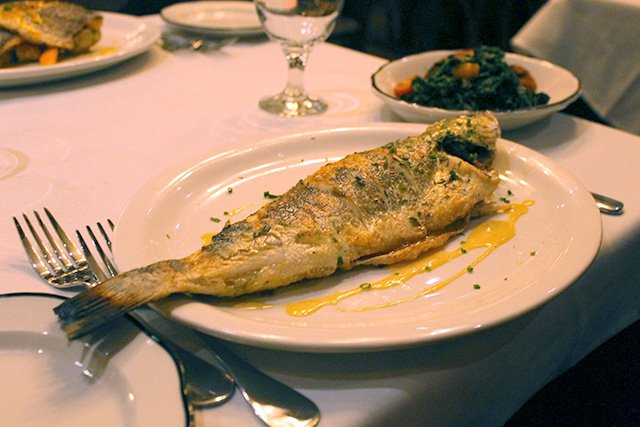 Co-owner, James Villani says that walking into his newly opened Branzinos Bar and Restaurant in Huntington Station should feel like the old school, small restaurants one might find in Manhattan. Branzinos is a family affair. Villani’s wife Tiffany helped to design it so that it is decked out in wood and brass, emitting an amber warmth. And his cousin, John Parente, who worked at Casa Rustica Italian restaurant in Smithtown pointed out the location when it became available. Parente is also an owner in the establishment.

The intimate setting in a shopping center on Walt Whitman Road fit the bill perfectly.

“It looks like a place that would be in SOHO in New York City,” Villani said. 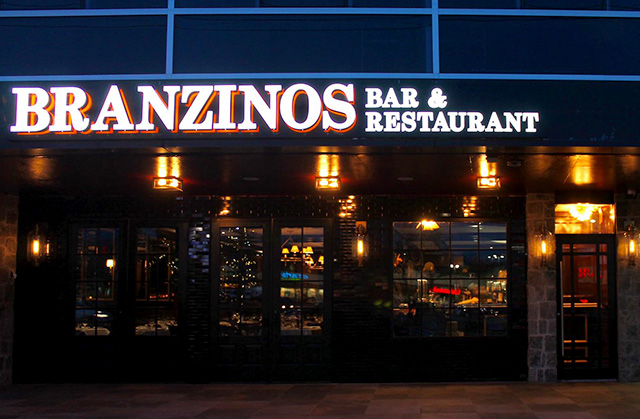 Opened on January 25, Villani describes the style as an Italian seafood chophouse. As the name implies, the focus is on fish. (Branzino is a type of Mediterranean Bass.)

The menu features a whole branzino as an entree, of course, served with herb baked, seafood potato croquette, baby spinach, and orange tarragon sauce. They also have salmon and halibut as well as shrimp and lobster (tails or whole.) For pasta they have pappardella bolognese, linguini and clams, and shrimp and crab cavatelli among other dishes. Meat entrees include free range chicken, braised short ribs and filet mignon. They also have a raw bar and grilled octopus on the appetizer menu.

Only opened for a few weeks now, Villani said that business is good.

“The people are phenomenal,” he said about his customers. He said he’s building a loyal base of regular diners. “They come back two or three times a week.” 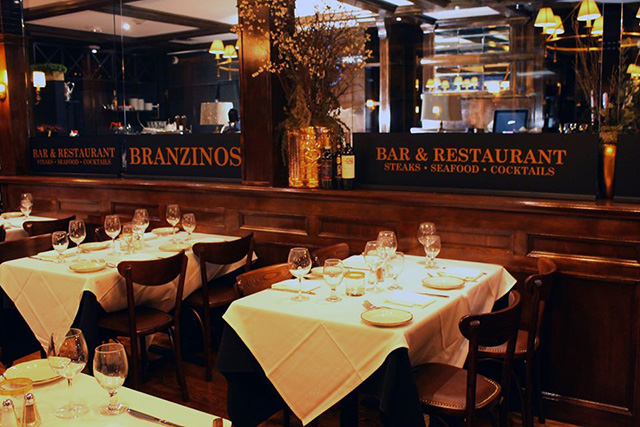 Villani is no stranger to the seafood business. He owns River House Grill on the Miracle Mile in Freeport. With this location they get a business that is less seasonal with great traffic flow. He also said that his concept is one that the area was lacking.

“There are no seafood restaurants around here,” he said. “And not much for dinner time.”