The Macabre Faire Film Fest 2013 featured horror movies from all over the globe. 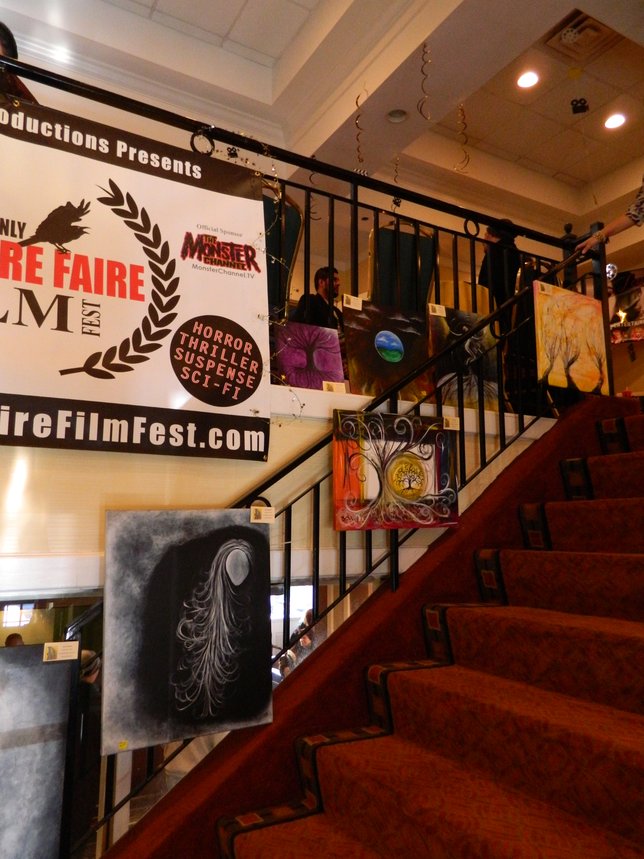 The Macabre Faire Film Festival took place this past weekend, Jan. 19 and 20 at the Best Western in Rockville Centre. Loaded with great independent horror features and short films, the festival was a celebration of all things terrifying. Films like the recent hit “House At The End of the Street” were screened alongside indie fare like “Abram’s Hand” and “The Perfect House,” with fans soaking up the on-screen carnage.

Elsie “LC Macabre” Ginsberg, event director for the film festival envisions the Macabre Faire as a two to three day weekend party event, with the film fest being a centerpiece for the excitement. Twitch Twitch Productions, the umbrella group responsible for the film fest has been around for over five years and have been busy expanding with every event. “We love horror movies, we love Halloween, there aren’t really many film festivals that cater to the horror genre out here, so why don’t we do that? The filmmakers who have come to our events in the past are very pleased with the respect and care we show their films, but also in how we present their work, taking the time to provide a relaxed environment and really celebrate the films themselves,” Ginsberg said.

The films range in style, which was nice to see. The bloody mayhem of “Psycho Killer Bloodbath” was balanced against something a bit more meditative like “Abram’s Hand” or “Bereavement,” which was directed by local filmmaker Stevan Mena. Jonathan Tiersten, who stars in “The Perfect House” (he also provides two songs for the soundtrack) is a horror legend, having appeared in the cult classic “Sleepaway Camp,” said “I’m so excited to meet people here this weekend. I think a lot of the best films are coming out of the indie circuit.”

“Penelope,” a short filmed in Valley Stream had a very “Twilight Zone”-approach to storytelling, featured a supernatural doll terrorizing a young woman and was featured on The Monster Channel. Star Alexa Servodidio said “I love Long Island, so I had a great time shooting out here. This is my first time at the film festival, its great!”

Walking around the hotel was a pretty wild experience, as seated in one area of the lobby were folks shacking up due to Hurricane Sandy, while across the lobby floor, a casket with promo items was propped up on display. One resident of the hotel who wished to remain anonymous talked about watching the throngs of horror fans roaming the Best Western, “I think it’s great! It’s a nice break from the everyday back and forth dealings with contractors and stuff. Everybody seems to be having a good time, as long as they let me sleep tonight, and if not, tell them to bring the bar to my room!”

Kris Hulbert, director of “The Perfect House” summed the festival up perfectly: “I know how hard it is to promote and plan an event, having taken the film across the country, so I give the organizers all the credit in the world, they did a great job.”

If you want to see more of the Macabre Faire 2013, check out our photo gallery of the event!