Anthony Bitetto, from Island Park, scored in his first week as a Blueshirt. 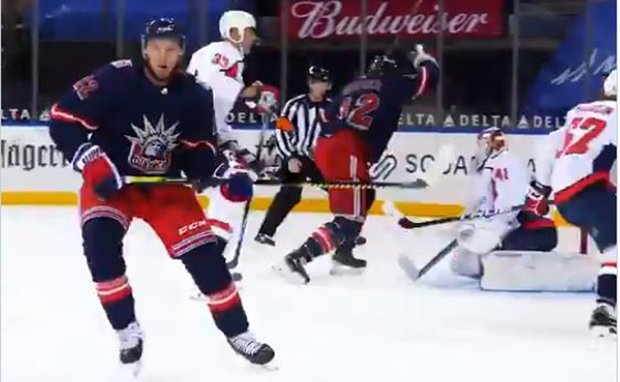 Last Monday, Anthony Bitetto first stepped on the ice as a Ranger in an NHL game. By Thursday, he had scored his first goal as a Blueshirt when they beat the Capitals in a 4-2 win.

“It was magical,” Bitetto told the New York Post. “I usually don’t score those types of goals and you put that jersey on and weird things happen.”

The New York Rangers tweeted the goal with the comment “ARE YOU SERIOUS.” You can watch it here.

It was quite a welcome for Bitetto, who wears number 22 for the Rangers. He grew up in Island Park as a Ranger fan.

Bitetto played for Northeastern University and was drafted into the NHL by the Nashville Predators in 2010. This is the third NHL goal for the defenseman.