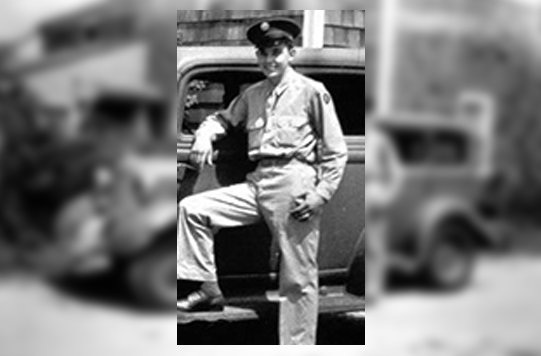 Photo is from the Long Island Collection in East Hampton Library. A caption withe the photo says it is Richard T. Talmage and was taken during World War II. 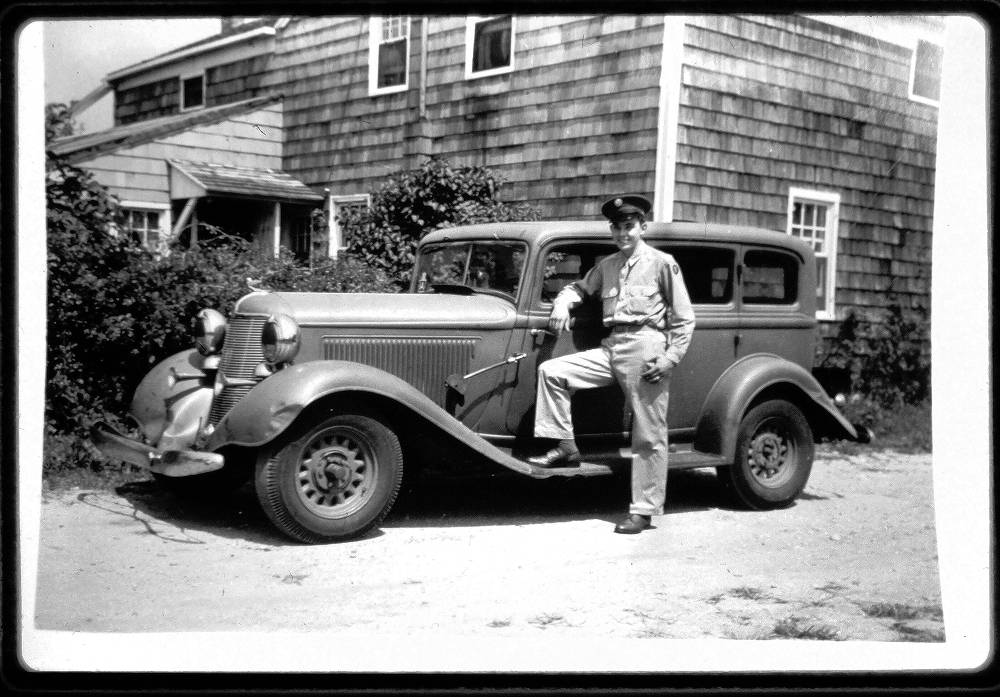 Photo: This image was scanned from slides in the Springs Historical Society's holdings. The slides were assembled in connection to the 1989 Springs veterans' monument. The collection includes men and women from all military branches who served during World War I, World War II, the Korean War, and the Vietnam War. The photographers are unknown, and some of the images were created from photographs of photographs on bulletin board.