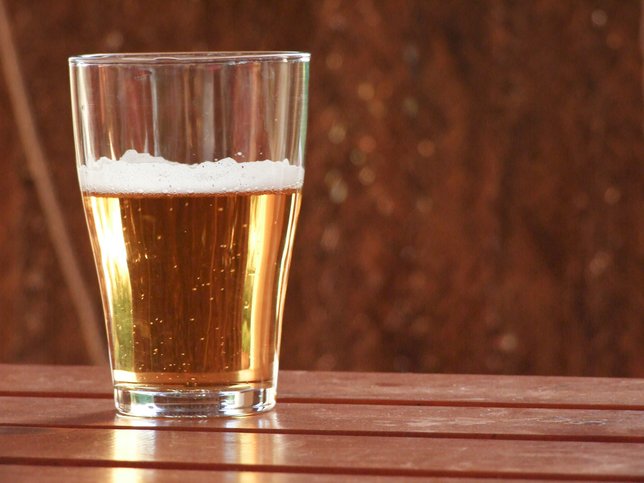 Albany, NY - February 3, 2014 - Governor Andrew M. Cuomo today announced that the number of New York’s farm-based beverage licenses for distilleries, wineries, breweries and cideries has risen 72% since 2011. Since Governor Cuomo took office, legislation has been enacted to help these businesses open new markets across the state, and additional agricultural businesses have been created as a result of new licenses signed into law by the Governor. Existing farm-based beverage businesses have also grown exponentially as a result of policies and initiatives put in place by the Administration at the request of industry leaders.

“The tremendous growth in the farm-based beverage industry over the past three years is a testament to how state government is creating new economic opportunities for local businesses to grow and thrive,” Governor Cuomo said. “With our help, New York’s beverage producers are creating jobs on farms and in communities all throughout the state, as well as providing a significant boost to the State’s agricultural and tourism industries. The Taste NY initiative has been a vital part of this success, helping to raise the profile of our home-grown businesses and spreading the word that New York’s beer, wine, cider and spirits are truly among the best in the world.”

In October 2012, the Governor hosted the State’s first ever Wine, Beer and Spirits Summit to identify ways that New York State could encourage growth in the industry. Summit participants asked for assistance from the State with their marketing efforts. As a result of these requests, Governor Cuomo launched Taste NY to further open markets for New York’s food and beverage industries. Part of Governor Cuomo’s efforts to promote agribusiness across the state, Taste NY is being marketed through a range of promotional efforts, including Taste NY tents at important events, Taste NY stores in transportation hubs and a dedicated website, http://www.taste.ny.gov.

In October 2012, Governor Cuomo signed legislation to allow licensed farm distilleries to sell their liquor at the New York State Fair, recognized county fairs, and not-for-profit farmers' markets. This new law is helping local farms to grow by providing distilleries with the same access to marketing opportunities currently allowed to licensed wineries, farm wineries, and farm breweries. Thanks to this legislation, the New York State Brew Pub and Distillery premiered at the Great New York State Fair this past summer.

Jim Trezise, President, New York Wine & Grape Foundation, said, “The acceleration of wine industry growth did not happen by chance, but by design. Just as the ripening of grapes is accelerated by warm, sunny weather, the growth of our industry has been accelerated by a sunny business climate created by Governor Andrew Cuomo and his Administration. Changes in laws and regulations, coupled with business-friendly approaches at key agencies, have created new confidence and excitement in the wine industry, and the State Liquor Authority’s expedited licensing has given us a great boost.”

There are currently 26 licensed farm breweries in New York, with more than a dozen applications currently in the pipeline. The number of microbreweries has risen 133% since 2011, from 40 in 2011 to 93 today. In addition, the number of restaurant brewers has increased from 10 in 2011 to 23 today, a 130% increase.

In July 2012, Governor Cuomo signed legislation to support and strengthen New York’s craft breweries. Under the new law, beer must be made primarily from locally grown farm products in order to receive a New York State Farm Brewery license. The beer manufactured under these guidelines would be designated as “New York State labeled beer.” The legislation was modeled after the 1976 “Farm Winery Act,” which spurred the growth of wine production in this state, including the creation of hundreds of farm wineries and tripling the number of wineries.

Under the farm brewery license, brewers do not need an additional permit to serve beer by the glass, which has the highest return for brewers in terms of sales. Farm brewers can also make cider and serve that cider by the glass. They are allowed to have five branch offices, where they can sell their products and other New York State labeled beer, wine and liquor, in addition to having tasting rooms, retail shops and restaurants.

Paul Leone, Executive Director of New York State Brewers Association, said, “Governor Cuomo’s continued support of the craft brewing industry in New York State has allowed our industry to grow to levels not seen in well over 80 years. The Administration continues to help support our marketing efforts through initiatives like Taste NY, which helps bring awareness of our products to people inside and outside the state’s borders. This is a unique state government both in terms of vision and policy, and we are proud to have them as partners in our success.”

In October 2013, Governor Cuomo signed the Farm Cideries bill that established a new license for farm cideries. The bill authorizes the establishment and licensure of farm cideries for the manufacture and sale of cider made from crops grown in New York State and would exclude licensed farm cideries from the sales tax information return filing requirements. In order to obtain a farm cidery license, the hard cider must be made exclusively from apples grown in New York State and no more than 150,000 gallons may be produced annually. Farm cideries will be allowed to offer tastings of and sell not only cider, but also beer, wine, and spirits made from New York products.

In addition, because farm cideries may also sell products such as mustards, sauces, jams, jellies, souvenirs, artwork, crafts and other gift items, these businesses, much like farm wineries, will become destination locations that will promote tourism within their communities. Also, the need for apples in the manufacture of New York State labeled cider will create a sustained demand for products from New York’s farmers.

Also in October 2013, Taste NY was a presenting sponsor of CiderWeek NY, which featured nine days of events throughout New York City and the Hudson Valley aimed at promoting New York’s ciders.

The Governor also created a “one stop shop” to provide New York’s wine, beer, cider and spirits producers with a single point of government contact for assistance regarding regulations, licensing, state incentives and other questions. These, and other legislative and policy improvements have helped stimulate tremendous growth of New York’s small, farm-based manufacturers.

In addition to legislative and regulatory improvements, the State Liquor Authority (SLA) has made tremendous progress over the past three years in processing licenses faster. At the end of 2010, the SLA had a backlog of 750 pending applications, with the average license application taking 102 days to review. Today, the backlog is down to 14, with licenses being reviewed in 61 days, a 40% and 41 day improvement from three years ago. This improvement has aided New York’s rapidly growing alcohol manufacturing businesses, with the review of manufacturing licenses, including wineries, breweries and distilleries, taking an average of 52 days today, down from 83 days in 2010, a 37% improvement.

“By opening new markets where these homegrown products can be sampled and sold, cutting red tape and fees, and creating new “Farm Brewery” and “Farm Cidery” licenses, this administration has helped stimulate tremendous growth of New York’s small, farm based manufacturers,” said State Liquor Authority Chairman Dennis Rosen. “The continued partnership between industry and state policymakers is essential as we work to create opportunities for these businesses to continue generating jobs and environmentally friendly economic development in communities across the state.”

Acting State Agriculture Commissioner Richard A. Ball said, “This Administration not only supports New York agriculture but understands the vital role that New York food and beverage producers play in the fabric of our state’s economy. Governor Cuomo continues to listen to industry, continues to take action on its behalf and the results speak for themselves.”