The laws were signed by Governor Andrew Cuomo on Monday. The Long Island Farm Bureau says this will turn seasonal businesses into year-round ones. 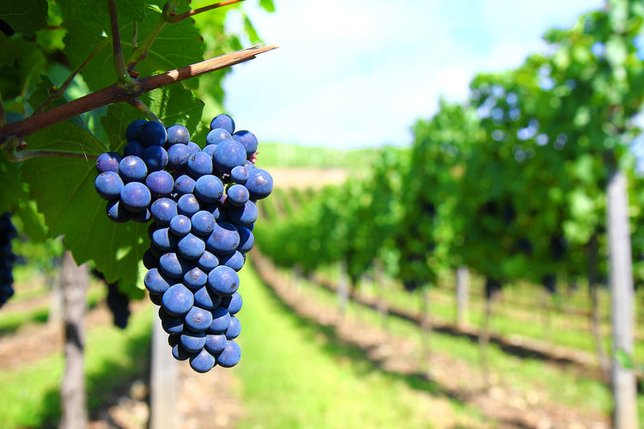 Those visiting one of Long Island’s many pumpkin picking attractions will have a new item to go home with. Earlier this week Governor Andrew Cuomo signed a law allowing farm stands to sell wine.
“These new laws will build on our continuing efforts to promote New York’s wine industry across the state and beyond, boosting tourism, local economies and job growth,” Cuomo stated in a press release. “We are increasing market opportunities for local producers and farmers and expanding our wine trails to attract tourists to communities across Upstate New York.”
Governor Cuomo signed a total of four laws Monday which allow farm stands to sell wine produced by up to two licensed farm wineries, special wineries, or micro wineries within 20 miles. One of the new laws designates sections of state highways near wineries and vineyards as “wine trails.”
The new laws state on-site wine tasting is prohibited to deter wine enthusiasts from sipping behind the wheel, a safety measure that will still allowing the farm stands to benefit from the sale of locally-produced wines, but reduce the risk of drunk drivers hitting the road.
Agriculture is a $300 million business on Long Island. Farm analysts say these new laws will boost sales from 5 to 10 percent. Not only will they help sales, but they will also create new relationships between wine distributors and Long Island’s east end farm stands.
Also related to the new laws is a proposal by Senator Schumer which would increase the allowed volume in hard apple and pear cider from 7% to 8.5%. The CIDER Act (Cider, Investment & Development through Excise Tax Reduction Act) allows hard cider products to be labeled and taxed as hard cider, instead of wine, because the alcohol content is higher than 7%.
According to Senator Schumer's press release, the new plan will “address existing tax issues related to carbonation levels in hard cider, and would put the new definition in line with that of the European Union, so producers can better compete with European products abroad.”
Apple growers in New York State Harvest 29.5 million bushels of apples annually from over 650 farms. Now these growers can benefit from joining the hard cider industry being cider apple trees aren’t as susceptible to frost and bad weather. Now any apples damaged in storms which couldn’t be sold can be used for cider
“New York is the second largest apple producer in the country, and there’s no doubt it should be at the core of the hard cider industry, which is rapidly growing in popularity,” said Schumer in the release. “However, current federal tax rules make it extremely costly for New York producers and consumers alike to produce, market and sell this product, which could prevent New York’s hundreds of apple growers and hard cider producers from fully benefiting from the stable income that comes with this new product.”
From October 18 through October 27, hard cider lovers should make their way to New York city for Cider Week. Cider week features family-friendly activities. Apple lovers can also go apple picking around Long Island’s great apple picking hot-spots.
[Source: Governor Andrew Cuomo, Senator Charles Schumer]