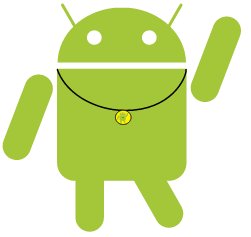 Google and Motorola have been busy trying to make midrange-premium smartphones affordable to more consumers over the past few months. In August, Motorola unveiled the Moto X—the only smartphone made in America—touting unprecedented levels of customization and quickly reducing on-contract pricing to as low as $50 for some carriers.

Two weeks ago, Google and LG announced the Nexus 5—a high-end smartphone which sells for just $350 without a carrier subsidy (for comparison, a typical phone will usually cost between $600 and $750 if purchased without a 2-year contract).

Now, Motorola has outdone even the Nexus by announcing the new Moto G, an impressive phone with a price tag nearly half that of the Nexus 5. Starting at just $180 for the 8 GB model, the G will cost less without a two year agreement than many competitors sell for on-contract, giving a persuasive option to those stuck in the middle of a contact who cannot wait for another subsidy to roll around, as well consumers who prefer to avoid carrier contracts altogether.

Under the hood, the Moto G packs an impressive quad-core Snapdragon processor and acceptable 2070 mAh battery. The 4.5” screen tries to hit a sweet spot between some of the smaller phones on the market and the larger ones, and is capable of 720p HD video playback; it’s not full high definition, but on a midsized screen it still ought to look pretty sharp, providing marginally higher pixel density than the iPhone 5S.

The miniscule price tag does, unfortunately come with a few tradeoffs. At only 5 megapixels, the G’s rear camera won’t be shooting the highest quality photos, and the phone’s spec sheet makes no mention of 4G/LTE, which means it may not be able to take advantage of the nation’s fastest networks. It does not currently run the latest Android software (4.4 KitKat), though by the time the new Moto hits US store shelves in January there could be an update available.

What the Moto G lacks in raw horsepower, however, it tries to make up for in personality. Taking a cue from its slightly older sibling, the Moto X, the G will provide a number of colorful options to its users. Customers won’t be able to completely modify the phone’s façade before they purchase it as they can with the X, but they will have a multitude of swappable back covers and cases available to them. The shells will be available in a variety of warm colors and come in three different styles: basic back-cases, “flip shells” equipped with screen-protecting covers for the phones’ front sides, and “Grip Shells” with equally colorful rubberized sides to protect the devices from falls and make them more comfortable to hold.

The Moto G certainly will not be the most powerful smartphone around when it hits the market, but it will make a compelling case for anyone looking to get a quality handset without breaking the bank.