The 17-year cycle of cicadas is expected to emerge in Spring 2021. 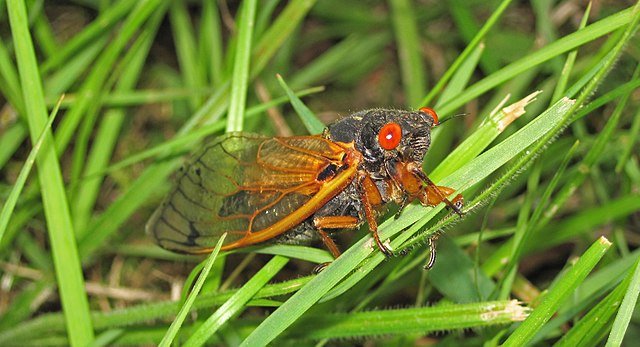 Much to the chagrin of insect enthusiasts and the relief of just about everyone else, don’t expect a multitude of cicadas from so-called Brood X to infest Long Island this year.

Every 17 years, billions of noisy cicadas crawl out of the ground infesting the northeast in a swarm of biblical proportions. They grow, eat, sing, mate, and die. Then their progeny (brood) burrow back underground to incubate for another 17-year-long cycle.

The 2021 crop of cicadas - called Brood X by scientists - might be a bust if the last recorded emergence is any indication. Back in 2004, this specific species of cicada that emerged on the 17-year time schedule was deemed all but extinct on Long Island. A Newsday article reported that the Brood X barely made an appearance.

“After two false alarms and countless scouting expeditions, enthusiasts and experts are facing a sad truth: the periodical cicadas of Brood X haven't re-emerged en masse on Long Island, and likely never will. Ever again,” the paper reported. 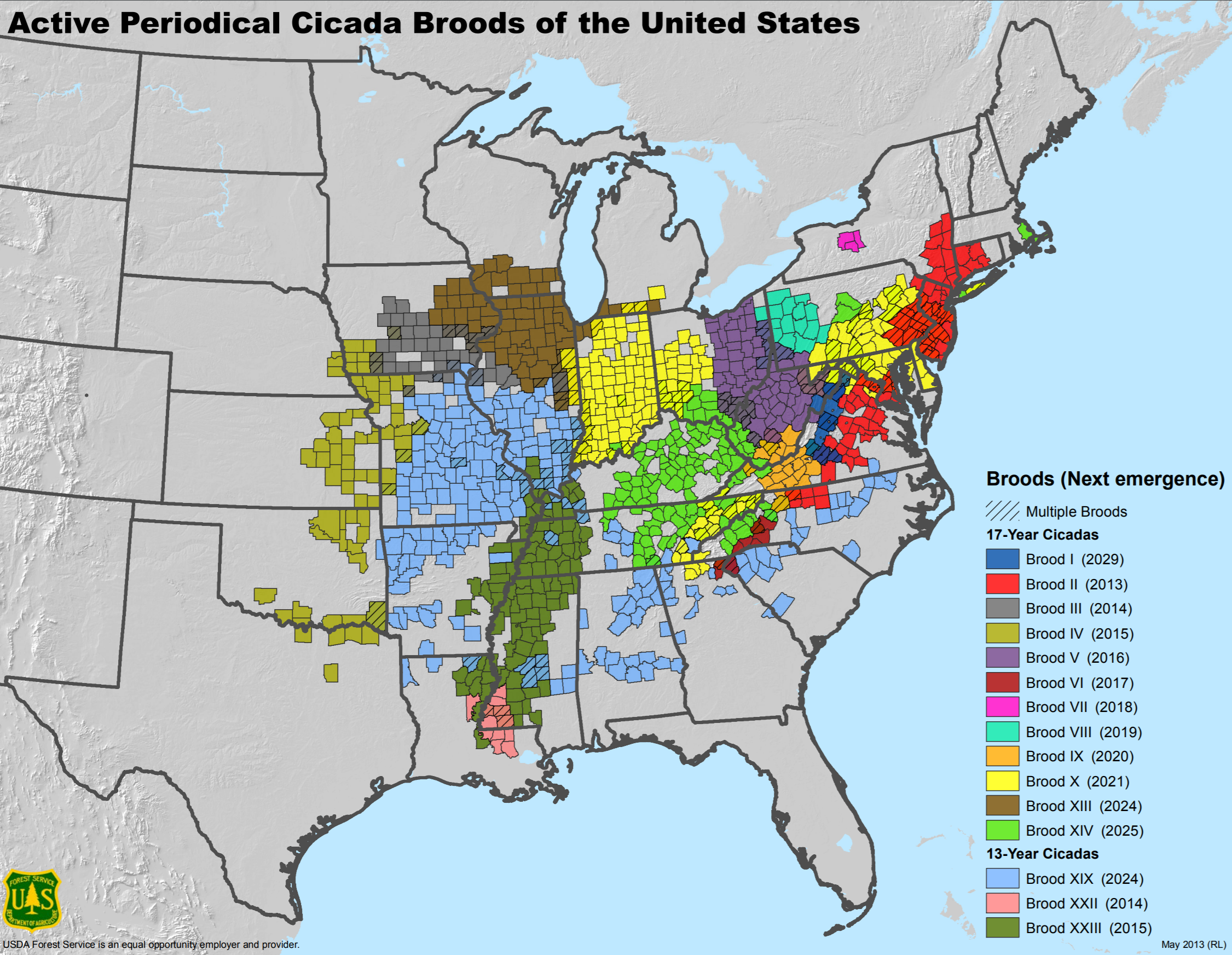 This is a USDA Forest Service map showing, county-by-county, where periodical cicada broods of the United States are located, and when they can next be expected to emerge. Photo: Andrew M. Liebhold, Michael J. Bohne, and Rebecca L. Lilja, Public domain, via Wikimedia Commons.

Cicada Mania, a website dedicated to the insects confirms that in Suffolk County, where the cicadas typically emerge on Long Island, are “extinct, or nearly so.”

The website author, Dan Mozgai, encouraged people to still look for them just in case and that some cicadas were still spotted in East Setauket, Connetquot River State Park, Ronkonkoma, and Stony Brook last time.

This species of cicadas are different from your typical cicadas that emerge annually, which are green and do not come in the mass quantities of Brood X. The 17-year cycle of cicadas (Genus: Magicicada) are usually black and orange with red eyes - no, not scary at all.

Also, they’re not locusts, as some people will call them.

Cicadas have developed this cycle of incubation over millions of years of evolution to avoid predators. They come in such large numbers for a similar reason - to make sure there are enough that survive to breed and perpetuate the species.

According to Cicada Mania, the cicadas will start to come out around Mid-may when the soil 8-inches below ground reaches 64 degrees. It reported that in 2004, people saw cicadas emerge around May 13th.

“These cicadas will emerge after the trees have grown leaves, and, by my own observation, around the same time Iris flowers bloom,” Mozgai reports on the site.