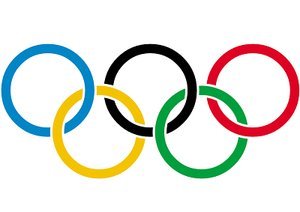 Albany, NY - January 28, 2014 - Governor Andrew M. Cuomo today congratulated 25 New York athletes competing in the 2014 Olympic Winter Games in Sochi, Russia. To honor these athletes, and past Winter Olympians from New York, there will be an exhibit in the Concourse of the Empire State Plaza, displaying historic Olympic artifacts. In addition, the names of all New York Winter Olympians, past and present, will be mounted on a plaque that will be hung in the Capitol, and then later at the Olympic Regional Development Authority (ORDA) facility in Lake Placid.

These 25 New York athletes will be representing both their state and country as they compete for Olympic Gold starting February 6, 2014. The Olympic Winter Games will run through February 23, 2014 and the Paralympic Games will begin March 7, 2014 and run through March 16, 2014.

“New York has a long and proud tradition of being home to Winter Olympians, and this year is no exception,” said Governor Cuomo. “These 25 elite competitors will be representing both the state and the nation in the most prestigious sporting event in the world, and we are honored to call them New Yorkers. I wish all the athletes the best of luck and look forward to watching their incredible feats in the coming weeks.”

The Governor’s 2014-2015 Executive Budget proposes $9.4 million in new capital funding for Olympic Regional Development Authority (ORDA), in order to continue to provide New York athletes, as well as other competitors from around the world, access to world-class venues in Lake Placid.

The 25 New York athletes competing in over a dozen events represent communities from around the state.

This is Weibrecht’s second Olympic Winter Games. In 2010, he won a bronze medal in the men’s Super-G.

During the 2010 Olympic Winter Games in Vancouver, Frenette was the United States’ second youngest competitor, just 17 years-old. Frenette will try to improve upon his 41st place finish four years ago.

This is Greubel’s first Olympic Games, making her debut on the women’s bobsled team. Greubel has captured five World Cup medals this season, three bronze, one silver and one gold.

This is Olsen’s second Olympic Games. As a bobsled “pusher,” he won a gold medal in the sport at the 2010 Winter Games in Vancouver.

During the 2010 Olympic Winter Games, Demong made U.S. history by becoming the first U.S. Nordic combined athlete to win an individual medal, gold. He also anchored Team USA to a silver medal in the team event. Demong was also honored by carrying the U.S. flag into the Closing Ceremony. Demong has won 22-career World Cup podiums and this will be his fifth and final Olympics.

History of Lake Placid and ORDA
Lake Placid is one of only three cities to have hosted the Olympic Winter Games twice, having played host in 1932 and 1980. Lake Placid is also home to one of only three United States Olympic Committee (USOC) training centers (OTC). The Lake Placid OTC is used by a number of winter sports to include biathlon, bobsled, figure skating, ice hockey, luge, Nordic skiing, skeleton, skiing and speed skating. The OTC is also utilized by summer athletes too, to include boxing, canoe and gymnastics, kayak, judo, rowing, synchronized swimming, taekwondo, team handball, water polo and wrestling.

The very first Olympic Winter Games medal ever awarded was to a New York State athlete, Charles Jewtraw, from Lake Placid, who won gold in speed skating. This historic medal now sits in the Lake Placid Winter Olympic Museum, which is located in the famed Olympic Center, where the “Miracle on Ice” occurred during the 1980 Games.

Following the 1980 Olympic Winter Games, in 1982, the New York State Olympic Regional Development Authority (ORDA) was created by the State of New York to manage the facilities used during those Olympics. Today, ORDA operates three mountains that house world class ski resorts, as well as the Olympic Center the Olympic Jumping Complex and Olympic Sports Complex – all located in Lake Placid. As host to hundreds of international and national championships, the Authority has brought millions of athletes and spectators to the regions it serves. This winter Lake Placid played host to the FIBT World Cup Bobsled and Skeleton event and the FIS Freestyle World Cup, both of which served as Olympic qualifiers for all of the nations competing.