Home Depot’s “Ken’s Krew” and the Town of Brookhaven partnered to create the PSA. 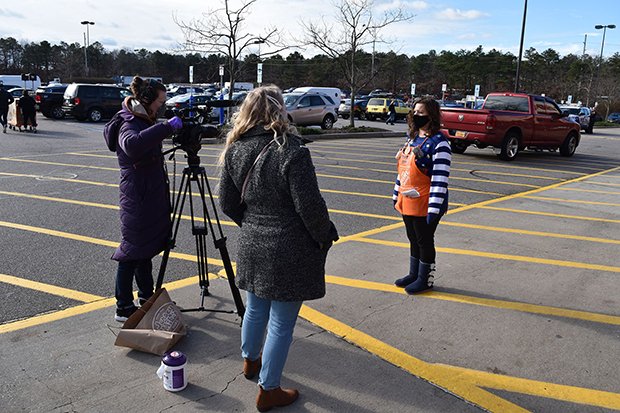 Parents of children with cognitive disabilities are often faced with the challenge of finding paying jobs that match their kids’ abilities. Back in 1997, a group of these parents came together to come up with solutions to this problem and to help kids like their own find gainful employment.

Soon after the group formed, Home Depot co-founder Ken Langone came to the parents with an offer to provide working opportunities at The Home Depot in Philadelphia for individuals whose abilities and skills matched Home Depot job needs. This was when Ken’s Krew was born.

Since then, Langone and The Home Depot have donated millions of dollars to support the cause, and Ken's Krew has helped hundreds of individuals with cognitive disabilities in their transition from students to valued, productive, and proud employees.

Recently, the Town of Brookhaven filmed a video promoting Disability Employment Awareness at The Home Depot in Patchogue with Ken’s Krew. Co-produced by the Town’s Division of Public Information and the Disability Task Force the film is meant to generate awareness and recognize Ken’s Krew for their work.

Watch the video below:

“Thank you to Ken’s Krew and The Home Depot for being good neighbors and providing jobs for people who may be 'differently-abled,’” said Brookhaven Town Councilman Michael Loguercio who was on hand at the video filming. “A good job goes a long way in helping young people gain independence, accomplishment, and the feeling of pride along with a paycheck.”

Loguercio also commend the Town’s Disability Task Force for their efforts to generate awareness and promote the employment opportunities for residents of all abilities.

According to its website, Ken's Krew operates in nine states and 153 Home Depot stores. In 2007, CVS Caremark joined Ken's Krew as an employment partner and provided employment in 14 stores. Fairway Market partnered with Kens Krew in 2011, Wegmans in 2012, and Boscov's in 2013.