Take a peek at what Monday morning will have in store for Long Islanders after immense snowfall this weekend. 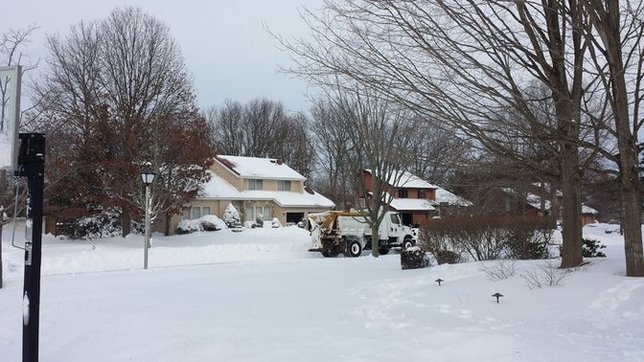 After a fairly snowless winter, it seems that over this weekend the weather forecast has made up for the previous snow scarcity with the emergence of Winter Storm Jonas. Set to hit most of the Eastern Coast of the U.S., Winter Storm Jonas ended up being a doozy, especially for many parts of Long Island. Hicksville in Nassau County reported the highest snow totals reaching just shy of 30 inches with 29.6 inches. Then over in Suffolk County, Southampton accumulated the least amount of snowfall with 14.5 inches. Curious about how much snow other places around the Island received? Then click here to check out other local snow totals!
Another aspect hugely affected by this storm has been transportation. Here is the current status according to the MTA Service Advisory, as of 4 p.m. today, Sunday, January 24th.
Long Island Rail Road
The LIRR train service is currently suspended until further notice but the hope is to have the most heavily traveled branches up and cleaned first priority for Monday morning commuters.
New York City Subway
Subway services have been brought back to parts on the above ground network. Service will be limited and most express services are suspended as of now.
Long Island MacArthur Airport
Southwest Airlines is scheduled to resume service Monday at 10 a.m. - as of 4 p.m. Sunday, January 24th
American Airlines is scheduled to resume service Monday at 11:20 a.m. - as of 4 p.m. Sunday, January 24th
NICE (Nassau Inter-County Express)
Routes Running:
Metro-North Railroad
Service has been restored to outlying Terminal Stations.
Suffolk County Transit
Suspended but will resume Monday.
Staten Island Railway
Service has been restored.
Some delays and school closings have already been called. Stay in the loop with the latest updates on School Closures for Long Island right here.
For the most up to date weather information, visit the LongIsland.com Weather Center, where you can find the latest weather forecasts, advisories, and more.
Be in the know about road conditions by checking out our Long Island Traffic Cameras page.
Have any photos from Winter Storm Jonas that you'd like to share? Then send them into us and we'll publish them in our Winter 2016 Photo Gallery! Just be sure to let us know how you'd like to be credited!
[Source: MTA, NICE Bus, MacArthur Airport]
Photos by MTA LIRR via MTA LIRR's Official Facebook Page]