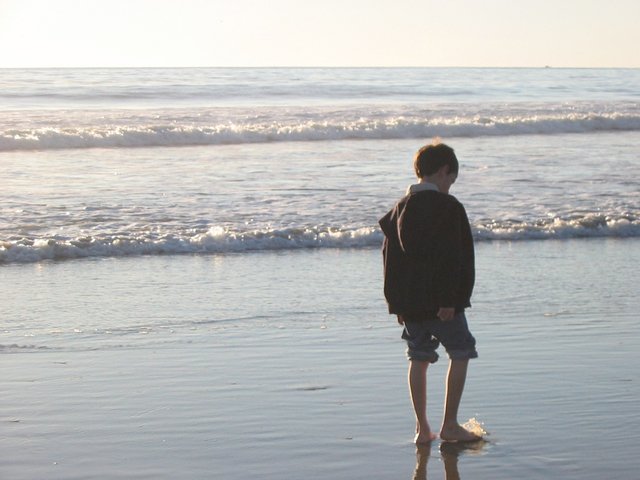 Albany, NY - January 23, 2017 - New York State Department of Environmental Conservation (DEC) Commissioner Basil Seggos today announced the release of the State's final Ocean Action Plan, the first-ever comprehensive 10-year blueprint to guide the protection and conservation of New York's ocean resources from environmental threats such as ocean acidification due to climate change. The plan was developed with input from a variety of state agencies, as well as ocean-related advocacy and industry organizations.

"New York's Ocean Action Plan acknowledges the need to better understand how current and future uses of the ocean may impact the ocean ecosystem," said DEC Commissioner Basil Seggos. "New York's ocean region is a critical resource for 13 million people, nearly 60 percent of the state's population, who live along the coast. From carbon sequestration to storm resiliency, a healthy coastal environment is a necessity for coastal communities."

New York Secretary of State Rossana Rosado said, "This plan is a critical step in informing New Yorkers about the important ocean-based resources that provide economic benefits and recreational opportunities to our State's residents. We look forward to implementing the Ocean Action Plan with our fellow state agencies and other vested stakeholders at the federal and municipal level, including local industry partners."

The Ocean Action Plan identifies 61 actions that address plan goals with actionable steps that need to be undertaken over the next decade using state funds, as well as leveraging related federal, conservation organization, and academic resources. Priority actions already initiated by the state include:

Monitoring Survey of Large Whales in the New York Bight: A three-year survey focused on collecting baseline information for six species of whales designated as Species of Greatest Conservation Need. Acoustic buoys and aerial surveys will be used to collect information such as seasonal occurrence, residency, relative abundance, and distribution patterns. The data generated will be used to help the State and its federal partners in efforts to reduce the mortality of whales by ship strikes, fishing gear interactions and entanglements, and for the siting of offshore energy facilities.

Monitoring Other Ecologically and Economically Important and Endangered Species: A variety of ongoing data-collection and assessment projects are underway, in part in collaboration with in-state academic experts, focused on Atlantic sturgeon, river herring, horseshoe crabs, and sea turtles. This work supports the protection and management decision-making by state, regional, and federal agencies, including the siting of potential offshore wind energy projects.

Water Quality Monitoring Improvement: Through the U.S. Geological Survey, work is ongoing to monitor and assess Long Island water quality (groundwater and embayments, including Peconic Estuary). This work will identify and quantify the sources of pathogen loadings to various Long Island embayments; help to better implement existing Total Maximum Daily Loads (TMDL) and develop new or revised TMDLs based on an improved understanding of loading sources. This work will also support the implementation of strategies to reduce nitrogen to New York's ocean ecosystem, as well as traditional pollutants that impair shellfish growing waters and water quality at bathing beaches. A priority is to develop a New York State marine water quality criteria for nitrogen.

New York/New Jersey and Tributary Feasibility Study: A study by the U.S. Army Corps of Engineers will determine what areas in the tidally influenced areas from NY Harbor to Troy are subject to flooding. This analysis will generate recommendations for remedies to the potential for flooding, enabling areas in the tidally influenced portion of the Hudson River Estuary, tidal waters of New York City, and tidal waters of Westchester County to enhance resiliency in light of sea-level rise and severe storms anticipated due to climate change.

The Ocean Action Plan also identifies the need for further evaluation of ocean acidification in state waters, including developing a cooperative marine research program to improve New York's understanding of the factors, such as ocean acidification, potentially affecting recruitment success and long-term sustainability of fisheries. In December, New York joined the International Alliance to Combat Ocean Acidification, a network of governments and organizations responding to threats from ocean acidification. In November, Governor Andrew M. Cuomo signed legislation to establish the New York State Ocean Acidification Task Force to employ the best available science to develop an early assessment of impacts, identify adaptive measures, and strengthen the state's regulatory response to this emerging threat.

DEC Commissioner Seggos, or a designee, will lead the 14-member Ocean Acidification Task Force, which will help implement and guide efforts to undertake the Ocean Action Plan's ocean acidification-related actions. The task force must issue a report to the Governor and the Legislature by December 31, 2018, providing an assessment of the anticipated impacts of ocean acidification, including:

Ocean acidification is generally caused by increased absorption of carbon dioxide (CO2) from the atmosphere; as atmospheric CO2 has increased, the concentration of CO2 in the oceans has also increased. As a result, seawater has become 30 percent more acidic, a trend that will continue. Ocean acidification is expected to cause large-scale changes in ocean ecosystems, as certain species will have advantages over others that are less capable of adapting to rapid changes in marine conditions, and will result in changes in biodiversity. In particular, many shellfish-including hard clams, bay scallops, and oysters-will be negatively impacted, resulting in economic uncertainties for the aquaculture industry and important commercial and recreational fisheries. The Governor signed legislation to establish the New York State Ocean Acidification Task Force on November 28.

DEC and the Department of State are currently working collaboratively with the Mid-Atlantic Regional Planning Body on ocean acidification, which has been identified as a concern in the Mid-Atlantic Ocean Action Plan. New York's participation in the International Alliance to Combat Ocean Acidification will further scientific understanding of ocean acidification and help identify solutions to address its impacts on coastal communities, among other actions. The International Alliance includes the states of California, Oregon and Washington, as well as the Province of British Columbia.

New York's marine waters are home to the third-largest port in the country, and support more than 275,000 jobs in the Port of New York and New Jersey alone. Commercial fishing also plays a critical role in the regional economy generating over $1.8 billion annually and supporting 42,000 jobs for New Yorkers. The recreational fishing sector also contributes nearly $212 million a year to the economy and supports over 3,000 jobs. Tourism, one of Long Island's largest industries, produces about $4.7 billion annually, and relies heavily on the health of New York's ocean, bays, and estuaries.

The Ocean Action Plan recognizes the importance of integrating these key economic drivers while also conserving the ecological integrity and biodiversity of the ocean. The plan will develop future best practices to benefit current and future human ocean uses, while conserving and sustaining its natural resources. The ocean ecosystem provides valuable habitat for more than 300 marine species that inhabit New York waters. While species directly support the state's commercial and recreational economy, they also play an important and specific role in maintaining a healthy and biological diverse ecosystem.

Senator Ken LaValle said, "The Ocean Action Plan will serve as an important blueprint as we continue to work towards preserving and protecting our waters. It is critically important that we keep this vital resource viable for the commercial fishing industry, and for recreational use as well. The Plan will be a useful tool in our efforts to ensure that our waters remain healthy for the long term."

"New York's ocean is busier than ever with massive new ships, sand mining to rebuild our beaches, and offshore wind operations to power our future. Working together, we can ensure development happens in a way that conserves our precious marine life and the families and businesses that depend on it," said Alison Chase, Senior Policy Analyst at the Natural Resources Defense Council. "The New York Ocean Action Plan is a smart roadmap that increases coordination on ocean decisions and encourages sustainable development - for the benefit of our state, the region, and our nation. Its draft served as a model for the recently released Mid-Atlantic Regional Ocean Action Plan which states from New York to Virginia, regional fisheries managers, tribes, and federal agencies developed together - and with extensive industry and public involvement - to keep the ocean working for all of us to use and enjoy."

"The Nature Conservancy in New York applauds Governor Andrew Cuomo and the Department of Environmental Conservation for the release of the Ocean Action Plan. Our oceans are teeming with life, valuable natural resources that provide for our public health, economic benefit, and cultural legacy. The Ocean Action Plan will guide the sustainable management of natural resources to support many important uses of New York's coastal waters, including renewable energy, fishing, shipping, and recreation. Like so much of New York's environmental policy, the plan is a model for multi-state regional planning, and speaks to the need to address pollution that causes ocean acidification and other serious impacts to our natural resources," said Stuart F. Gruskin, Chief Conservation and External Affairs Officer for The Nature Conservancy in New York.

"As the pressures and demands for marine resources continue to increase, it is critical to have a blueprint which allows us to resolve conflicts and maximize the use of our vast ocean resources for the millennium. The Ocean Action Plan prioritizes actions New York needs to take today to protect our ocean for tomorrow," said Adrienne Esposito, Executive Director, Citizens Campaign for the Environment. "Marine planning is essential to retaining our maritime culture and healthy oceans. This report was crafted with the input and assistance of all those who use and love our marine resources. A giant thank you to Governor Cuomo for making this a priority."