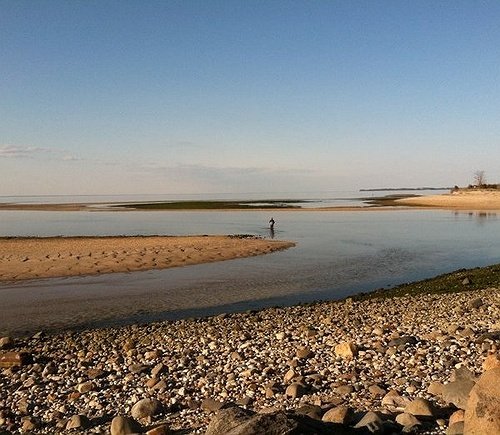 Long Island, NY - December 23, 2014 - The State Department of Environmental Conservation (DEC) revised the list of Species of Greatest Conservation Need (SGCN), which includes species that are at risk in New York.  DEC developed revisions to the SGCN list in collaboration with numerous species experts and conservation partners.

By identifying those Species of Greatest Conservation Need in New York, DEC and our conservation partners will be better able to focus our conservation resources where they are most urgently needed,” said Commissioner Martens. “We are working to identify and eliminate threats such as habitat loss and fragmentation, pollution, and invasive species to maintain healthy and balanced ecosystems, which are critical in maintaining our state’s fish and wildlife resources.

To revise the list, DEC and cooperating species experts developed an assessment document for 594 species, compiling current data on abundance, distribution, rarity, trends, threats, and relative importance of the New York population to the species across its distribution. A model developed by the New York Cooperative Fish and Wildlife Research Unit at Cornell University was used to analyze this information and categorize SGCN based on available data concerning their status. Revising the SGCN list is the first step in updating New York’s State Wildlife Action Plan (SWAP).

The draft final list contains 372 SGCN, half of which are considered high priority for conservation action in the near term. SGCN are species that have experienced or are likely to experience population decline in the next 10 years and require conservation actions to stabilize their populations in New York.  Examples are American bittern, wood thrush, northern map turtle, eastern red bat, basking shark, and eastern pearlshell mussel.

In addition, 111 species were categorized as Species of Potential Conservation Need (SPCN). SPCN are species that have poorly-known population status and trends in New York, and will need further research or surveys to determine their conservation status.  Examples are Tennessee warbler, American pygmy shrew, smooth hammerhead shark, ebony boghaunter (a dragonfly), and devil crawfish.

DEC and species experts also identified the conservation threats to each species, with the most common problems being habitat loss, invasive species, pollution, and climate change.  DEC and conservation partners will now identify conservation actions to address these threats as the next step in developing the State Wildlife Action Plan.

Developing the State Wildlife Action Plan (SWAP) enables New York to be eligible for federal funding through the State Wildlife Grants (SWG) Program which is administered by the U.S. Fish and Wildlife Service.  Since 2010, New York has received an average of $2 million per year in SWG funds which has helped New York implement programs to conserve declining species.  DEC has used SWG funds to implement a variety of conservation programs such as Eastern hellbender head-starting, where DEC, the Buffalo Zoo and the Seneca Nation raised young animals in captivity and released them in appropriate habitat to give them a head-start in the wild.

DEC also used SWG funds to work with private landowners to manage more than 2,200 acres of grassland for declining breeding birds such as bobolinks, upland sandpipers, and Eastern meadowlarks. SWG funds also supported efforts to restore lake sturgeon in a number of waters, including Oneida Lake, the Genesee River, and tributaries to the St. Lawrence River, and to restore the gilt darters in the Allegheny River, which were missing from New York for more than 80 years.

More information, including the final draft list of Species of Greatest Conservation Need and how SWG funds have been used in the past, is available on DEC's website. Comments on the list should be sent to SWAPComments@dec.ny.gov. For more information about the SGCN list and the State Wildlife Action Plan, contact Joe Racette at 518-402-8933 or via e-mail.