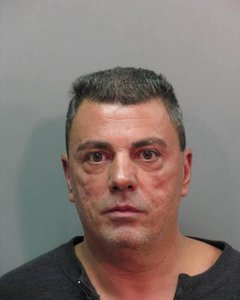 Francis Bongarzone, 53 of Wantagh, has been arrested and is facing charges after an investigation by the Nassau County District Attorney’s office uncovered a loan sharking scheme. According to DA Kathleen Rice, Bongarzone was loaning money at over 100 percent interest and threatening victims that could not pay him back.

If convicted, Bongarzone could a face a maximum of 15 years in prison consecutively for each count. Bail was set at $250,000, and Bongarzone will be back in court on January 22.

“Mr. Bongarzone’s brand of banking has victimized others and resulted in charges that bring with them the threat of a long stay in prison,” Rice said. She went on to say that anyone who has been victimized by Bongarzone should contact the District Attorney’s office.

Rice’s office knows of at least six people victimized in this loan sharking scheme. Bongarzone allegedly loaned out at least $50,000 and collected over $100,000, according to Rice.