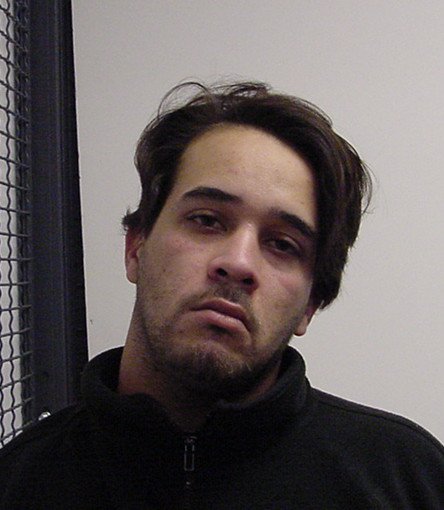 West Hempstead, NY - January 17th, 2014 - Nassau County District Attorney Kathleen Rice announced the arrest and arraignment today of a West Hempstead man by DA Investigators on charges in a dogfighting case involving eight pit bull dogs housed in cages in a makeshift structure. Most of the dogs exhibited bite wounds or scarring from previous wounds. Investigators from DA Rice’s office also found dog fighting paraphernalia on the premises.
Hector Hernandez, 26, was arrested yesterday by DA Investigators and arraigned today on violating nine counts of Section 351 of New York’s Agriculture and Markets Law, which pertains to animal fighting, and of violating two counts of Section 353 of New York’s Agriculture and Markets Law, which pertains to failure to provide proper sustenance. Eight of the animal fighting counts relate to possession of a dog under circumstances evincing an intent that it engage in fighting, and one relates to possession of animal fighting paraphernalia.
If convicted as charged, Hernandez could face up to one year in jail, plus $15,000 per dog in fines. Judge Joy Watson of Nassau District Court set bail at $2,500. Hernandez’s next court date is Jan. 22.
“There will be serious consequences for those who show the utmost disregard for the animals under their care,” DA Rice said. “My office will continue to work closely with advocates and local authorities to ensure that animals are protected, and that the people who mistreat, abuse and exploit them are brought to justice.”
On Jan. 16, 2014, DA Investigators, in cooperation with Town of Hempstead Animal Control, arrived at Hernandez’s residence located at 69 Pinebrook Avenue in West Hempstead acting on a tip received through the DA Animal Crimes Tipline. Investigators discovered numerous pit-bull dogs caged and housed in a multi-room shed on the property, along with multiple chickens and one rabbit.
Hernandez was also found at the residence in possession of heavy restraint chains, a treadmill that had been modified with a wooden frame and dog tether, and eight dogs, some of which had scars on their faces, necks and ears consistent with bite wounds. Vitamins and supplements and a training stick with a stuffed animal attachment were also found near the dogs’ cages.
Two of the dogs, Roja and Nana, had fresh bite marks on their front sides. Both dogs were also found to be sickly, underweight with bones visible, with overgrown nails and open wounds. The other six dogs – Little Red, Brownie, Sassy, Scorpio, Honey, and Thor – were found in poor living conditions.
In April 2012, DA Rice advocated for the passage of bills in the State Senate and Assembly to move crimes like animal cruelty and dogfighting to Penal Law section of the state criminal code. These charges, and other laws designed to protect animals, are currently listed under the Agriculture & Markets Law section.
This proposed reclassification would make crimes against animals more accessible to law enforcement officers, simplify and modernize language, toughen existing statutes, create new charges, and increase the maximum prison sentence for severe cases of animal cruelty and animal fighting.
In December 2013, DA Rice started a Countywide ‘Council on Animal Protection & Safety’ in order to provide a forum for local government and non-profit agencies in Nassau  County to coordinate efforts on cases like this one.
Members of the public can report animal crime directly to DA Rice’s Animal Crimes Unit in four ways: (1) by walking in to the DA’s Criminal Complaint Unit at 272 Old Country Road; (2) by calling the DA’s 24 hour Animal Crimes Tipline at (516) 571-2245; (3) via Internet complaint form at www.nassauda.org; or (4) via email to AnimalCrimesUnit@nassauda.org.  The public should always call 911 in cases of active emergencies or imminent danger.
Assistant District Attorney Adrian Murphy is prosecuting the case for DA Rice’s Animal Crimes Unit. The defendant was represented by the Legal Aid Society at arraignment.
The charges are merely accusations and the defendant is presumed innocent until and unless found guilty.