Rep. Steve Israel (D-Huntington) is calling for a revamped version of the Undetectable Firearms Act which is set to expire soon. 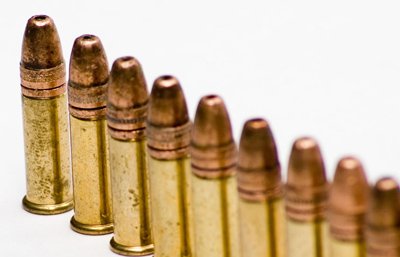 Major developments have occurred this week in the advancement of state and federal gun control legislation, one month after the tragic shooting deaths of 20 children and 6 adults at a Connecticut elementary school.  Gov. Andrew Cuomo signed the NY SAFE Act, which bans assault weapons, limits the capacity of magazines to seven bullets, and establishes a statewide database of handgun permits, as well as intensifying punishments for criminal use of illegal weapons, among other measures.

President Obama signed 23 executive orders on Wednesday that cover a range of immediate gun control measures, from enhancing law enforcement training, improving school security, strengthens background checks, and providing improved mental health treatment.
Now Congressman Steve Israel (D-Huntington) is calling for a renewal of the Undetectable Firearms Act, which would ban 3-D printed, plastic high-capacity magazines.  An existing ban on plastic guns is set to expire this year, and it does not cover high-capacity magazines which can be produced by the same technology.
“Background checks and gun regulations will do little good if criminals can print high-capacity magazines at home. 3-D printing is a new technology that shows great promise, but also requires new guidelines. Law enforcement officials should have the power to stop high-capacity magazines from proliferating with a Google search,” Israel said.
For those unfamiliar with 3-D printers, the machines work by printing layers of thermoplastic on top of each other to create a 3-D object.  Firearms and their components produced in this fashion are not detectable by metal detectors, and do not produce a clear image when viewed through an x-ray.
Israel’s concerns are real.  Defense Distributed, a DIY gun group based in Texas, posted a YouTUbe video demonstrating how to harness the 3-D printing technology to create a 30-round magazines which was used to fire 86 rounds through a semi-automatic rifle.  Defense Distributed offers downloadable and printable blueprints for a 30-round magazine.  According to USA Today, since the blueprints became available over the weekend, they have been downloaded over 2,200 times.
Rep. Israel wrote the original legislation, and is calling for a revamped version of the law, so that it clearly covers plastic magazines as well, and would make it illegal to manufacture, own, transport, buy or sell any 3-D printed plastic firearm or high-capacity magazine.   Currently, there are a wide variety of legal plastic and polymer magazines, and Israel’s legislation would have to distinguish between those legally purchased and those manufactured illegally.
There is sure to be a wide discussion based on this legislation, and Defense Distributed founder Cody Wilson told Forbes: “I hope he gets tons of attention for this push, and that people download hundreds of thousands of magazines.”  Israel is bound to hit snags in his legislation, as many have pointed out it will be largely impossible to enforce, or would otherwise require a possibly unconstitutional measure of censorship.
Nassau County District Attorney Kathleen Rice has expressed support of Israel's proposed legislation, saying: “With every advancement in technology, there will be those who attempt to exploit it for unintended purposes. And in those situations, it is incumbent upon our elected officials and law enforcement agencies to take necessary action to protect the public. This common sense legislation closes a dangerous loophole in the law, and I strongly support Congressman Israel’s efforts in seeing these dangerous magazines banned.”
Share your thoughts on this article by posting a comment below or by visiting our Long Island Living discussion forum.