In addition to various gun control proposals, President Obama has signed 23 executive orders to create immediate action on the issue. 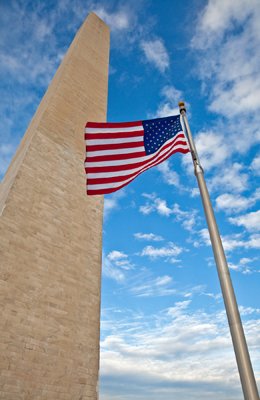 President Obama signed 23 executive orders into law, which will serve as the first step in the administration’s efforts to stem gun violence outlined in the plan, titled “Now is the Time.”  The measures address for critical areas: law enforcement, school safety, mental health, and the availability of firearms.
“While no law or set of laws will end gun violence, it is clear that the American people want action. If even one child’s life can be saved, then we need to act. Now is the time to do the right thing for our children, our communities, and the country we love,” the plan reads.
Among the executive orders, background checks will be required for all gun sales, and the background check system will be strengthened by increasing access to mental health records.  Law enforcement officials will have the authority to run a full background check before returning a seized gun.
Guns recovered in by agents involved in federal investigations will be traced, and information from the Department of Justice on lost and stolen guns will be made available to law enforcement.  $14 million will be allocated for increased training for law enforcement for “active shooter” situations, such as the Christmas Eve shooting in Webster, NY.
The Attorney General will be reviewing criteria for that prohibits certain individuals from owning weapons in an effort to make sure fewer dangerous people slip through the cracks.  Additionally, the Attorney General has been ordered to issue a report on the availability of new gun safety technologies.
Mental health-based recommendations The Centers for Disease Control and Prevention has been directed to research both the causes, and effective prevention of gun violence.  The administration recommends that $10 million be provided to fund this research.  Doctors are also informed, under a different order, that there is no federal law prohibiting them from reporting threats of violence to law enforcement.  State health officials will receive clarification of the complete range of mental health services that Medicaid must provide for.
As per the recommendation of the Consumer Product Safety Commission, a complete review of of safety standards for gun locks and safes will be carried out.
Schools will be provided with incentives to hire resource officers and to provide improved mental health counselling services.  A model plan for emergency management will be made available to schools, as well as houses of worship, colleges and universities.
The President also signed an order to launch a nationwide safe and responsible gun ownership program, which will promote “common sense” measures such as reporting lost or stolen guns and the safe storage of firearms.
In total, the plan is expected to cost $500 million.
The orders do not completely tackle gun ownership, and instead primarily target the manufacture of new weapons.  Despite that, gun advocacy groups have come out against the plan.
The National Rifle Association released a new ad labelling the President as an “elitist hypocrite” for providing armed security for his own children while dismissing their suggestion to place armed security in the nation’s schools.  Critics of the ad have come out in full force, but as the ad suggests, the NRA will be a strong opponent to further gun control measures.
Gov. Cuomo, who on Tuesday signed the New York SAFE Act which enacts various gun control measures in the state, and the toughest in the nation, weighed in on the President's actions.  "In addition, the executive actions the President took today will be a big help in the fight to keep guns out of the hands of potentially dangerous people, and keep our schoolchildren safe from harm. As many of the illegal guns in New York come from out of state, I strongly applaud the President's proposal for tougher gun trafficking laws that will help to end the proliferation of lethal weapons across state lines.
"These are reasonable and sensible proposals that have nothing to do with the right to bear arms, or the interests of hunters or sportsmen. Our nation has experienced far too much bloodshed as a result of gun violence, and the time for action is now," Cuomo said.
Share your thoughts on this article by posting a comment below or by visiting our Long Island Living discussion forum.