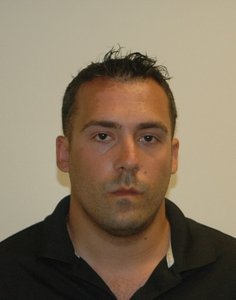 Mineola, NY - January 14th, 2014 - Nassau County District Attorney Kathleen Rice said that an unlicensed East Rockaway contractor pleaded guilty today after being charged with stealing in excess of $300,000 from multiple clients, many of whom are seniors, who trusted the contractor’s promises to repair their driveways. In addition to defrauding seven victims, he admitted failing to pay over the sales tax he collected from them, as well as failing to pay personal income taxes for several years for the monies he made.

As a result of today’s plea, Cohan is facing a maximum of 1-1/3 to 4 years in prison, a civil judgment of $316,000 in favor of his seven victims and a civil judgment for unpaid taxes in an amount to be determined. He is scheduled to be sentenced by Judge Tammy Robbins on March 18.

“Today’s plea brings justice for the seniors and other victims this defendant thought would be easy marks, but who instead fought back to reclaim their hard-earned money,” DA Rice said. “Thanks to the tenacity of his victims and our cooperation with police and New York State tax officials, Robert Cohan will finally be held accountable for his scams.”

DA Rice said that in July 2012, Cohan approached a 73-year-old woman living on Brower Avenue in Woodmere, informed her that he owned a driveway company, and offered to repair her damaged driveway for $78,600. He said he would need the cash up front, but that he would be able to get the victim a rebate from New York State for $88,600, netting her a brand new driveway and a $10,000 profit.

The victim agreed, and also agreed to pay Cohan $1,500 to paint her deck and repair cracks in her home’s foundation. Cohan promised to pay her the rebate funds by September 7, 2012. There was no written contract, only a handwritten receipt from Cohan that the victim would receive the rebate. Between July and September 2012, the victim gave Cohan 43 checks totaling $67,490 and $10,400 in cash.

Cohan did paint the victim’s deck and repair some of the cracks in the home’s foundation, but no work was ever performed on the driveway. When the victim complained that no work had been done and that she had not received the promised rebate, Cohan made repeated excuses as to why he had not been able to pay her the money.

The victim eventually enlisted the assistance of her son, an attorney, to get the money from Cohan. Throughout January and February 2013, Cohan repeatedly promised to repay the money on numerous occasions, yet failed to do so every time. The victim filed a complaint with DA Rice’s office shortly thereafter. Prosecutors worked closely with the New York State Department of Taxation and Finance, which had also commenced its own investigation of Cohan.

Anyone who thinks they may have been victimized by Cohan or his company, All About Driveways, should contact the DA’s Complaints Bureau at 516-571-3505.