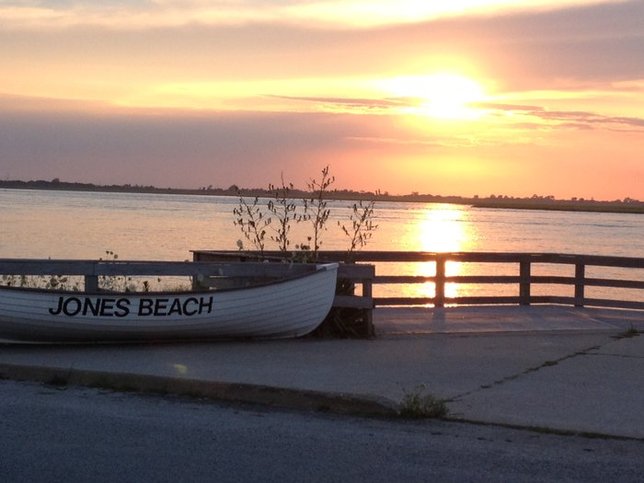 From post-World War II through the latter half of the 20th century, Long Island was synonymous with a high quality of life, a place where the unprecedented expansion of population, housing and jobs would not only ensure the success and prosperity of future generations, but would permanently reshape the demographic, social, economic and political landscape of the area.

Over time, however, Long Island’s prosperity began to wane as people who bought bigger homes and expensive automobiles were forced to travel farther to the jobs they needed to pay for them. Outdated roadways became congested, gas prices soared, taxes rose and, rather than getting ahead, Long Islanders were finding it harder and harder to make ends meet.

Then, following the 2008 recession, thousands of private sector jobs affecting most industries on the Island were lost, personal income dropped, housing values declined dramatically, the numbers of foreclosures grew at an alarming rate and health care became increasingly cost prohibitive.

Today, the optimism and prosperity of the mid 20th century has waned to pessimism and despair. There is no doubt that Long Island is facing serious challenges, but our community is not without hope.

The Long Island Index, a non-profit organization that for the last decade has compiled and published annual, comprehensive data on key regional, community and economic issues affecting Long Island, believes that awareness can lead to public dialogue and action that will serve to preserve the future of Long Island.

In 2012, prior to Superstorm Sandy, the Index published its most current report of issues for Long Islanders to consider:

From the time the Long Island Index began its work in 2004, it reported concerns about young people leaving our region. According to the latest report, Long Island has fewer young people than our neighboring suburban regions (New Jersey, Connecticut and Westchester); and over two-thirds of residents, aged 18 to 34, reported they are somewhat or very likely to leave the Island in the next five years. A survey conducted by the Stony Brook University Center for Survey Research during the fall of 2012 revealed that 77% of LI residents had concerns that the high cost of housing would force members of their families to move out of Nassau or Suffolk counties (51% were very concerned and 26% somewhat concerned).

Young people need jobs and affordable housing with cultural and social offerings that will spur creativity and attract them to the Island. According to the Index, Long Island has enough space to create these opportunities, but zoning laws and community support are essential to implement them.

Results of Index research showed that Long Island’s regional innovation system is not as fully developed as other leading regions, lagging behind in research and development and in investment in talent, venture financing and patenting .

Among its many recommendations, the Index proposes investing in the areas of biosciences, information technology and clean energy and working to create a greater collaboration between the Island’s nationally-recognized research universities and laboratories.

The Index points out that across New York State communities have begun to look at alternatives to this complex web of providers, including dissolving and consolidating governments and ways to provide shared services from a number of governments.

Gov. Andrew Cuomo gained passage of the Government Reorganization and Citizen Empowerment Act in 2009, allowing residents to place questions of consolidating or dissolving units of local government on the ballot if certain criteria are met.

Since the law was enacted, the Lonelyville and Fair Harbor Fire Districts in Suffolk County have merged, and in Nassau, two citizen groups have been gathering signatures to try to dissolve a sanitation district.

The Index contends that housing costs, traffic, taxes, environmental concerns and the loss of open space compel us to look at alternatives to Long Island’s single-family sprawl. While building too many large homes on large properties, we failed to provide housing for our young people, seniors, and those with modest incomes—and neglected to maintain the vitality of our downtowns.

Long Island’s downtowns have 8,300 acres that would support the development of condominiums, townhouses, rental apartments, multi-tiered parking, civic centers and more. Building in these areas will allow us to take advantage of existing infrastructure and revitalize downtown areas while preserving our single-family neighborhoods.

The Index proposes that we develop a new building review process that focuses on preventing construction that is detrimental to our future and replacing outdated zoning regulations with new ones that support the type of development we need.

It challenges us to consider reinventing our Island so that near-deserted rail stations become mixed-use centers bustling with activity and attractive multi-unit housing revitalizes the economic, social and cultural climate of our villages.

Open Space Dwindling Despite Plans to Save It

The Index reports that today, nearly two-thirds of Long Island’s land surface is covered with buildings, pavement and other man-made structures. Residential neighborhoods cover over half of Nassau and Suffolk’s land area. The remaining farmland and open space is either available for development or is substantially protected from further development by federal, state, county or local regulations, including our approximately 800 public parks.

According to the Index, in 2006 New York State’s Department of Environmental Conservation gave Long Island ten years to preserve 37,000 acres if we were going to achieve our goal of saving 1/10th of our total land mass for open space (3,700 acres per year for each of the ten years).

From 2006-2009 a total of 5,680 acres were preserved. Although surveys indicate that Long Islanders place a high priority on preserving our remaining open space, at current rates, it would take more than 25 years to meet our goal.

Long Island’s high numbers of school districts are reputed to be the most segregated in the nation. Wealthy districts provide their students with a broad range of services and opportunities while poorer districts struggle to meet basic needs. This inequality creates a tremendous education gap and a serious threat to the welfare of future generations.

And it isn’t schools within in the same district that are that segregated; rather, entire school districts are segregated from one another.

In response, the Index supports creating regional high schools of excellence—schools that would draw high achievers from across district lines. Districts that cannot afford costly programs would be freed to focus their resources on their other students, while high-achievers would benefit academically in an environment that embraces diversity.

A recent survey conducted by the Index revealed that 81% of Long Islanders view high property taxes in Nassau and Suffolk counties a serious or very serious problem. Long Islanders pay some of the highest taxes in the nation, and in some areas, as many as 9 different agencies can be responsible for determining the amount of a resident’s tax levy.

The Index indicates that understanding who makes these decisions and which taxes have grown the most compared to inflation is a complex but necessary step in working toward a solution. It reports that unless alternative sources of revenues can be accessed, local governments will face a serious revenue shortfall if the growth of property taxes slows or is reversed.

In its study of healthcare opportunities on Long Island, the Index looked at, among other factors, how people pay for medical attention, and indicators of hospitalizations for preventable or treatable conditions. While it uncovered some positive signs, it also found significant indications of inequality regarding our health and the access we have to quality care.

The report also concluded that the sharpest rise in Medicaid occurred between 2006 and 2011, a five-year increase of 31% that is linked largely to the Great Recession. It also indicated that more than one third of in-hospital care for Long Island children in 2010 was paid for by Medicaid, signaling the spread of poverty and its impact on the young.

The Index reports that since healthcare represents a major expense for most every Long Island household, and a single illness could wreak financial ruin, having a secure way of covering major medical expenses is essential to preserving quality of life. It is thus instructive to examine how people tend to pay for hospital admissions.

The Long Island Index does not advocate any specific policy; rather, it seeks to be a catalyst for action by providing Long Island’s citizens with the information they need to think critically about the issues Long Island faces.

Share your thoughts and comments about this article below or on our Long Island Discussion Forum.