A new proposed plan will turn Ronkonkoma into a more developed residential and business area built around those who commute out of the Ronkonkoma Train Station. 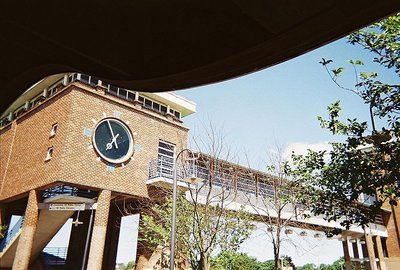 This past week, Ronkonkoma residents and commuters filled a town hall meeting to air their views on the proposal to spend $475 million to build up Ronkonkoma to turn it into a “Transit-Oriented Development.”

According to the plan, as a Transit-Oriented Development, Ronkonkoma would feature “a mix of higher density residential development, commercial, hospitality, institutional, office, and retail uses, conference, entertainment and exhibition venues, and public designated outdoor spaces.”  This includes adding apartment complexes with a total of 1,400 apartments near the train station.

Officials say that the design is intended to “complement and benefit from the presence of the Ronkonkoma Long Island Railroad (LIRR) Station and its associated commuter passenger volumes.”

The Ronkonkoma Station is the busiest station on the entire LIRR, say Brookhaven officials, with approximately 17,000 riders per day. Riders departing from Ronkonkoma have only a 66-85 minute ride to Penn Station, and riders also have their choice of 30 or more trains each weekday heading westbound or eastbound.

The developer chosen for the plan, Tritec Real Estate, has already acquired some parcels of property within the area selected to be the “Ronkonkoma Hub,” and they are continuing to negotiate with individual property owners to obtain the remaining properties.  Eminent domain is not currently in effect.

In addition, the project include elements to make Ronkonkoma more pedestrian-friendly and add greenery to areas, but some residents worry that the shops and apartments will lead to traffic problems and overcrowding.

Concept photos and sketches of what Ronkonkoma would look like under the plan are available on the Brookhaven Town website here.

Supporters say that the plan would boost the local economy, and would be good for the young people on Long Island who are growing up unable to afford to live near their hometown.

A vote on the proposal will take place in the spring.