Sixteen Localities from Across the State to Benefit from SunShot Initiative Rooftop Solar Challenge Award. 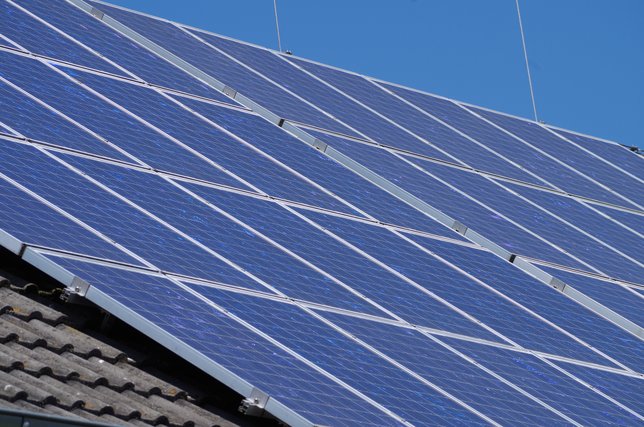 “We are advancing a statewide clean energy economy that protects the environment and provides new solar energy to businesses and residents,” Governor Cuomo said. “This award from the U.S. Department of Energy will help move our NY-Sun initiative forward as we collaborate with local government and organizations to establish best practices on solar installation, develop innovative information technology tools and reduce the cost of solar energy. I thank the federal government for their support as we continue to make New York State a clean energy leader.”

NYSolar Smart is a collaborative effort among CUNY; New York Power Authority (NYPA), which will match the $1.4 million federal award with $500,000; the New York State Energy Research and Development Authority (NYSERDA), which will provide a $100,000 match; 16 cities, towns and villages representing more than 50 percent of New York State residents, which will provide $390,800 to the effort; and more than 30 organizations representing utility companies, installers, government agencies and industry leaders.

The NYSolar Smart program will create a toolkit of policies, programs and resources to enable cities and towns, utilities, industry and residents to reduce the time and cost of installing solar photovoltaic (PV) systems that provide electricity on-site at homes, businesses and other buildings. These tools include virtual net-metering guidelines for master-metered buildings, group purchasing programs and model zoning ordinances.

In addition, IT tools developed under this award encompass web-accessible permitting, solar maps, market analytics, and a pilot for a customizable online customer acquisition system and a one-stop PV market portal. These efforts build upon the NYPA-supported New York State Solar Map currently under development by CUNY.

“CUNY is very pleased to be working with leaders throughout New York State to implement Governor Cuomo's NY-Sun program and the Department of Energy’s SunShot Initiative,” said interim Chancellor William P. Kelly of The City University of New York. “Collaborating with our partners and the utility companies on an innovative toolkit including a New York State Solar Map will help New York gain access to clean renewable energy.”

"The NYSolar Smart initiative is part of the multifaceted efforts under Governor Cuomo's leadership to encourage investments in solar power throughout the state," said Gil C. Quiniones, NYPA president and chief executive officer. "The New York Power Authority is glad to be supporting this well-thought-out effort and applauds the Department of Energy for its recognition of the clean energy benefits."

"This award, which leverages State and local funds with federal funding, recognizes the value of NYSolar Smart, which brings together stakeholders across New York to reduce the costs associated with solar while growing New York’s clean-energy economy and advancing Governor Cuomo’s NY-Sun goals,” said John B. Rhodes, President and CEO, NYSERDA. "We thank the Department of Energy, and look forward to working in collaboration with CUNY and NYPA in removing those barriers that currently face municipalities and others in their efforts to install solar in their communities."

Working groups, which will include representatives from various NYSolar Smart partners, will work on the following topics to reduce “soft costs” of solar projects:

NYSERDA is also providing municipalities that adopt the recently developed New York State Unified Solar Permit and procedures with between $2,500 and $5,000, depending on population, through Governor Cuomo’s Cleaner, Greener Communities program.

The U.S. Department of Energy SunShot Initiative is a collaborative national effort that aggressively drives innovation to make solar energy fully cost-competitive with traditional energy sources before the end of the decade. Through SunShot, DOE supports efforts by private companies, academia, and national laboratories to drive down the cost of solar electricity to $0.06 per kilowatt-hour. Learn more at http://www.energy.gov/sunshot. In 2011, CUNY won a SunShot Initiative Rooftop Solar Challenge I award on behalf of New York City.

Governor Cuomo launched the NY-Sun initiative to accelerate the installation of solar power in New York State. Combined efforts of NYSERDA, NYPA and LIPA in 2012 led to the successful installation of more than 58 megawatts (MW) of PV in the State, nearly doubling the amount of customer-sited PV installed in 2011. A total of 299 MW of PV has been installed or is under development as part of NY-Sun.

In 2013 CUNY, NYSERDA and NYPA began statewide activities to lower soft costs of PV, including formation of a New York State Advisory Board, completion of a statewide survey of towns and cities regarding solar installation processes, development of a standard permit for residential PV and funding for a New York State solar ombudsmen and a coordinator.