As the threat of carbon monoxide (CO) poisoning increases during the winter months when the heat is on, it is crucial that awareness increases on this issue. 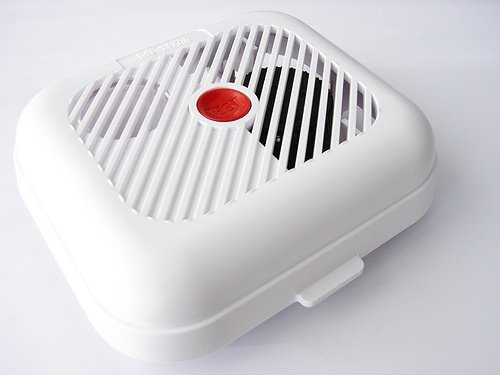 Photo by: cancsajn via Free Images

Centerport, NY – January 9, 2015 - In December of 2013, Legislator Spencer co-sponsored IR 1127-2013 to declare January Carbon Monoxide Awareness Month in Suffolk County.  As the threat of carbon monoxide (CO) poisoning increases during the winter months when the heat is on, it is crucial that awareness increases on this issue.

The Centers for Disease Control and Prevention reports that CO poisoning is responsible for approximately 15,000 emergency room visits and almost 500 deaths annually in the United States. Legislator Spencer has made it a priority to educate the public on the dangers of CO poisoning and what measures should be taken to protect yourself and family from this silent killer.

Throughout the month of January, a public service announcement featuring Legislator Spencer and CO victim Barbara LoMoriello will be aired 1,500 times on a variety of cable channels.  “Carbon monoxide is dangerous, deadly and insidious as we cannot detect it with our own senses. The good news is that it is preventable.  That is why it is so important that we stay vigilant and raise awareness to avoid unnecessary poisonings,” stated Legislator Spencer.

The dangers of CO poisoning were made evident when Steve Nelson tragically passed away due to carbon monoxide poisoning in February of 2014.  His heartbreaking death was the impetus behind the passage of the “Steve Nelson Safety Act,” which requires the installation of carbon monoxide detectors in county facilities.

Residents should be mindful that not all detectors are created equally. The typical CO detector is triggered at 70 parts per million (ppm).  However, lower level exposure to the gas for an extended period of time can lead to chronic medical conditions such as fatigue and headaches. For the best protection, homeowners should purchase detectors that are equipped with a digital readout screen displaying CO concentration levels as low as 5 to 10 ppm.  Please remember to change the batteries of the monitors twice annually.

Homeowners can log on to PSEG Long Island’s website for information on home energy assessments to be conducted by a Building Performance Institute (BPI) accredited contractor. The auditor can provide information of CO levels in your household. Homeowners should also request that their service technicians test for CO once the service is complete. For further information about Suffolk County Carbon Monoxide Awareness Month, please call Legislator Spencer’s office at (631) 854-4500.