Adorable little Prince George will soon have a sibling! Prince William and wife Kate are expecting baby no. 2. 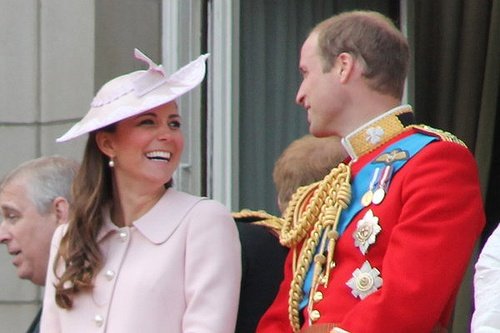 It was not too long ago this summer when Britain’s Prince William and wife Kate, the Duke and Duchess of Cambridge, were celebrating Prince George’s first birthday. Now, there’s more to celebrate as they announce they are expecting a second child.

“The Queen and members of both families are delighted with the news,” according to a statement released on their website.

Palace officials have told ABC News that Kate Middleton, 32, “is not yet 12 weeks pregnant,” but like her first pregnancy, she is suffering from hyperemesis gravidarum. The condition causes one to suffer acute morning sickness which requires supplementary hydration and nutrients. She is being treated by doctors at Kensington Palace.

News of Kate Middleton’s pregnancy broke out early to explain her nonappearance with Prince William to a planned event in Oxford today. The news would likely not have released for another “five to six weeks had she been healthy enough to attend public events,” ABC News reports.

In the case of Kate's pregnancy with Prince George, the Palace also had to make an announcement before she was 12 weeks pregnant.

Prince George is expected to be able officially meet his new sibling in the spring. He or she will be fourth in line to the British throne after grandfather Prince Charles, father Prince William and big brother George.

[Source: The Prince of Wales and The Duchess of Cornwall; ABC News.]