Governor Cuomo Announces 9th Proposal of 2017 State of the State: Modernizing Voting in New York to Increase Participation in the Democratic System 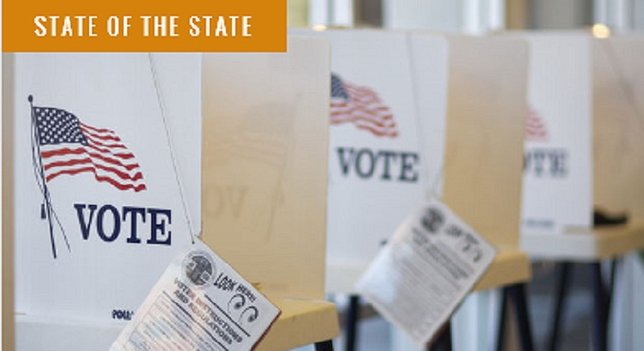 “Voting is the cornerstone of our democracy. This past election shined a bright light on the deficiencies of New York's antiquated election laws and the artificial barriers they create that prevent and discourage voters from exercising this sacred right,” Governor Cuomo said. "These proposals will modernize and open up our election system, making it easier for more voters to participate in the process and helping to make a more fair, more just and more representative New York for all."

Research shows that work, school, and personal commitments are some of the main reasons voters choose not to participate in elections in the United States. Additionally, early voting leads to shorter lines on Election Day, early detection and correction of registration errors, and greater access to voting.

Currently, New York is one of only thirteen states where early voting is not available and an excuse is required to request an absentee ballot. New Yorkers can vote via absentee ballot only if the voter meets certain qualifications such as being absent from his or her county on Election Day or being unable to get to the polls due to a disability.

Thirty-seven states and the District of Columbia already allow voters to cast ballots in person before Election Day. In 2016, the number of these voters who had cast their early ballots by the week before Election Day nearly doubled compared to the 2012 elections.

The new system will streamline DMV services by automatically sending voters’ information used in a DMV application directly to the County Board of Elections. New Yorkers who do not wish to register to vote can simply check an "opt out" box.

Citizens can already register to vote at the DMV, but often face unnecessary, onerous regulations requiring a potential voter to include additional voting information in their application for a DMV service. Paper applications can introduce errors to voter rolls, and inaccurate registrations can lead to voters encountering difficulties at the polls. Automatic voter registration can lead to improved accuracy of voter registration lists, reduced costs, and a more convenient and efficient process for voters and election officials.

Same-Day Voter Registration
New York does not currently allow voters to register on Election Day. This proposal would allow New Yorkers to register and vote on the same day so that onerous and counter-intuitive registration deadlines do not prevent New Yorkers from having the opportunity to participate in the electoral process. Thirteen other states and the District of Columbia allow same-day registration, which has greatly increased the accessibility of the democratic process to everyday citizens.