A FedEx driver was robbed at gunpoint and bound in the back of his truck while in Lynbrook. 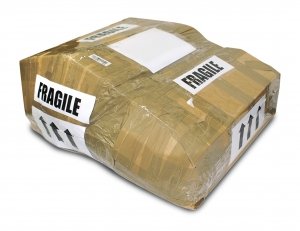 Package theft is not a new phenomenon on Long Island—a Holbrook man was arrested for stealing items delivered to his neighbors’ doorsteps in December, and three teens were caught tailing a UPS truck swiping the packages its driver dropped off in November—but Nassau’s latest delivery thieves took a much more aggressive approach.

On Tuesday, January 7, two men approached a FedEx driver while he was stopped in Lynbrook around 11:00 AM. One of the men produced a black handgun and the driver was ordered into the rear cargo area of the truck where his hands were then bound. The subject with the gun took the victim’s wallet and cell phone, then both men took numerous packages and fled the scene.

The man with the gun is described as 5’10”, black, and of a slight build; the other has only been describes as male and black. Nassau Detectives are currently looking for the robbers and request that anyone with information which may be relevant to this case call Nassau Crime Stoppers at 1-800-244-TIPS.