An unidentified gunman opened fire in a Portland mall on Tuesday afternoon, killing two and wounding at least one other person before taking his own life.

Holiday shoppers were terrorized as a masked gunman opened fire in a crowded suburban shopping mall in Portland, Ore., killing two people and wounding another before taking his own life on Tuesday around 3:30 p.m. PT, police report. 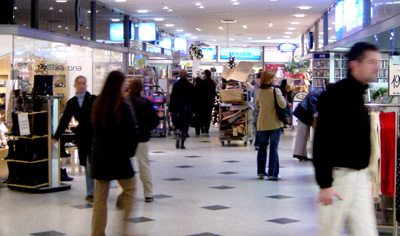 Clackamas County sheriff’s deputies did not reveal the identity of the shooter as the investigation remains ongoing, but said that he did not appear to be targeting anyone and that the shootings appeared random.
"It's very apparent he had a mission set forth to take the lives of people in that mall,”  Sheriff Craig Roberts told NBC’s Today show on Wednesday morning.  Roberts went on to say that the large police presence responding to the scene, and that the shooters gun jammed, prevented more casualties.
Police report that the gunman fired more than 60 times, and that approximately 10,000 people were in the mall at the time, and took cover in stores while the shooter carried out his attack.
The victims identities will be revealed later on Wednesday.
Share your thoughts on this article by posting your comment below.