The Major Case Bureau reports the arrest of an Amityville woman for Grand Larceny that occurred in Franklin Square. 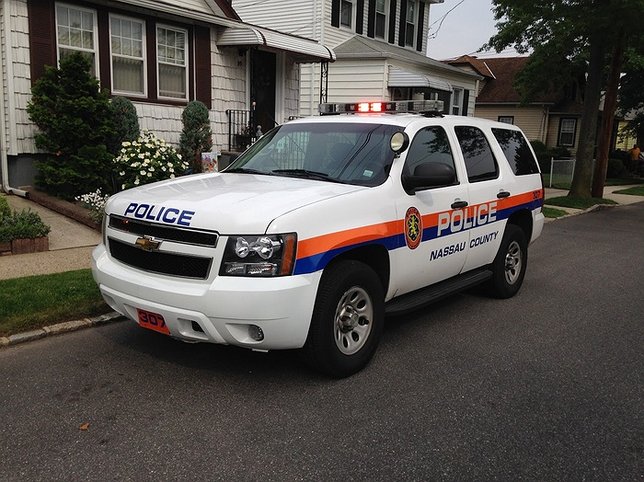 Danielle Jolivert, 42, of Amityville, is charged with Grand Larceny after withdrawing money that was wrongly deposited to her bank account and refusing to repay.

Franklin Square, NY - January 7, 2016 - The Major Case Bureau reports the arrest of an Amityville woman for Grand Larceny that occurred in Franklin Square.

According to the Crimes Against Property detectives, Danielle Jolivert, 42, of Amityville advised her accountant that she had received extra money deposited into her NEFCU account from the Internal Revenue Service on February 25, 2015.  The accountant advised the defendant not to spend the money and would look into the deposit.  It was discovered that another client’s return was filed electronically with the defendant’s bank account and routing number.  On February 26, 2015 the defendant had withdrawn the US currency from the bank and refused to return causing a loss of three thousand ninety-six dollars ($3796.00) to the victim.  The defendant was located at her residence and placed into custody.

Jolivert is charged with Grand Larceny 3rd degree and will be arraigned on Friday, January 8, 2016 at First District Court in Hempstead.